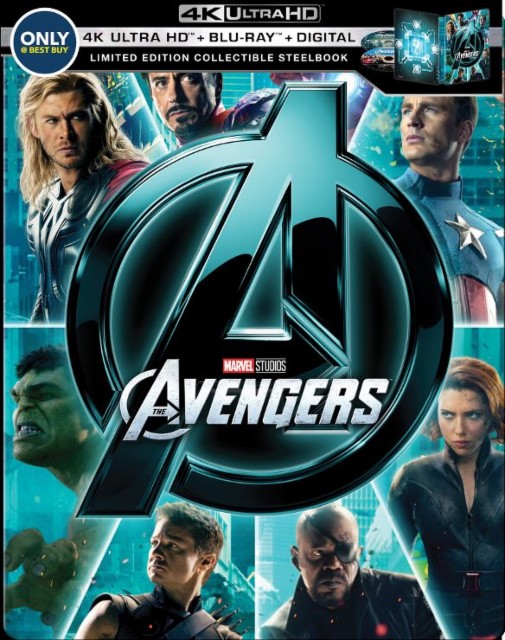 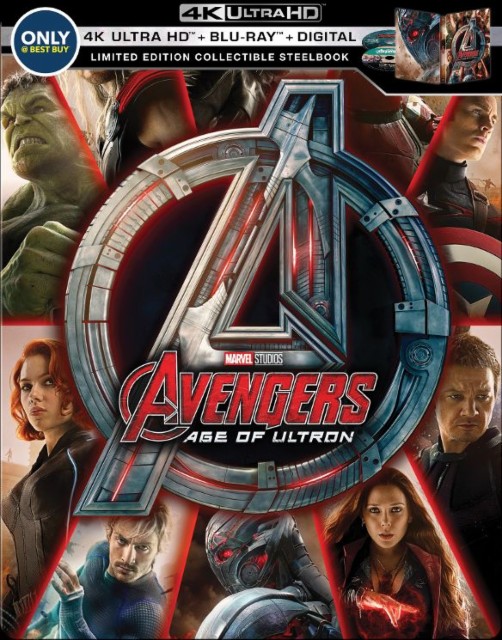 MARVEL STUDIOS TO RELEASE ‘THE AVENGERS’ & ‘AVENGERS: AGE OF ULTRON’ ON 4K UHD ON THE HEELS OF AVENGERS INFINITY WAR IN-HOME RELEASE

Digital Release is July 31, 2018 & Physical Release is August 14, 2018
THE AVENGERS SYNPOSIS:
Marvel makes cinematic history as the Super Hero team of a lifetime assemble for the first time ever in this action-packed blockbuster!  Packed with spectacular visual effects, Marvel’s The Avengers will blow your mind and now for the first time on 4K Ultra HD!

AVENGERS: AGE OF ULTRON SYNOPSIS:
Good intentions wreak havoc when Tony Stark (Robert Downey Jr.) unwittingly creates Ultron, an A.I. monster who vows to achieve “world peace” via mass extinction. Now for the first time on 4K Ultra HD, the Avengers must reassemble to defeat him and save mankind…if they can!

ABOUT MARVEL ENTERTAINMENT:
Marvel Entertainment, LLC, a wholly owned subsidiary of The Walt Disney Company, is one of the world’s most prominent character-based entertainment companies, built on a proven library of more than 8,000 characters featured in a variety of media over seventy years.  Marvel utilizes its character franchises in entertainment, licensing and publishing. For more information visit marvel.com. ©2018MARVEL

ABOUT THE WALT DISNEY STUDIOS:
For over 90 years, The Walt Disney Studios has been the foundation on which The Walt Disney Company was built. Today, the Studio brings quality movies, music and stage plays to consumers throughout the world. Feature films are released under the following banners: Disney, including Walt Disney Animation Studios and Pixar Animation Studios; Disneynature; Marvel Studios; and Lucasfilm. The Disney Music Group encompasses the Walt Disney Records and Hollywood Records labels, as well as Disney Music Publishing. The Disney Theatrical Group produces and licenses live events, including Disney on Broadway, Disney On Ice and Disney Live!.