Back in April of 2007 [I] Justin Sluss started HighDefDiscNews and shortly thereafter received the help of Brendan Surpless. It was within months we had public relations with major studios (namely Disney as our first), and we were turning in the views for both our news and reviews coverage of the new physical HD formats Blu-ray Disc as well as the ill-fated competitor HD-DVD.

We later were joined by James Segars and a few other writers. Over the course of our existence as press we attended many events including:

We achieved everything we started out to do once we formed into a group.  The site lasted roughly 7 years until some events came up with the addition of a database error.

In 2014 roughly I [Justin] personally called it quits when all was lost of our previous work.  This left me angry for a very long time… that’s one reason I’ve taken a break.  I felt that through the ignorance of my former friend / web host to NOT backup our database was just uncalled for and possibly premeditated.  This after the folks at DreamHost (a shit company, by the way) lost the database themselves, which is pretty bad as a company… that I really started to think about it all and again, it made me angry.

The fact that I had not only lost my personal work that I had put my entire life into, but the fact that I had also lost the work of my brothers Brendan and James – as well as our other co-writers along the way… that was just too much to take.  However, time has passed and a new format has emerged [4K] that has peaked our interests and also the new atmospheric sound formats like Dolby Atmos and DTS:X as well. 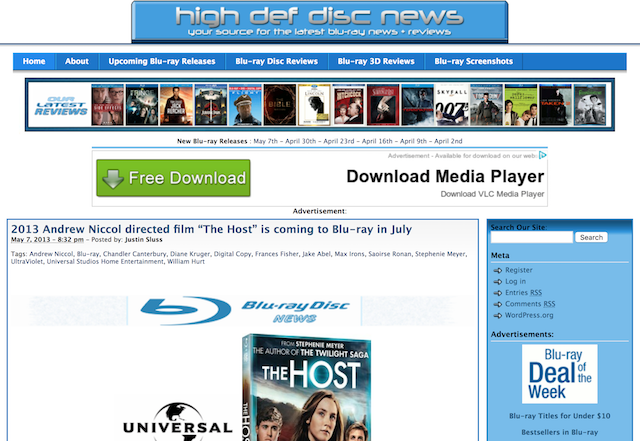 Click the image above for a flashback style site that captured the front page.

As an Amazon Associate I earn from qualifying purchases.
All images are used with permission from the appropriate studios and such.