Black Adam comes to 4K and Blu-ray in January 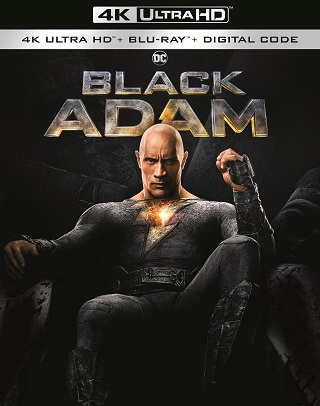 The tech specs for the 4K UHD Blu-ray release include a 2160p video presentation in the 2.39:1 aspect ratio with HDR10 and Dolby Vision forms of high dynamic range and Dolby Atmos sound.  Tech specs for the Blu-ray include a 1080p HD video presentation in the 2.39:1 aspect ratio with Dolby Atmos sound.  Both versions will come in the form of a “combo pack” with the 4K getting its Blu-ray counterpart, the Blu-ray getting its DVD counterpart, and each including a digital code (copy) of the film compatible with Movies Anywhere. 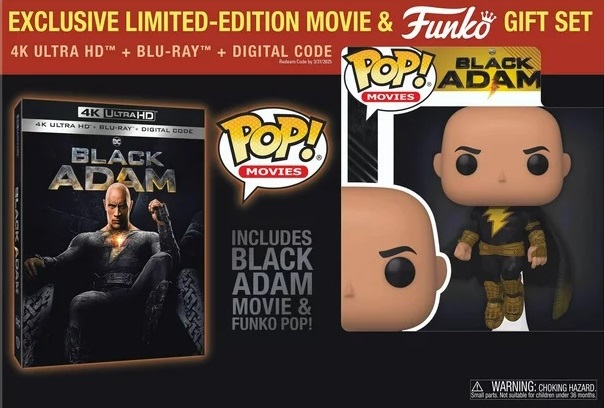 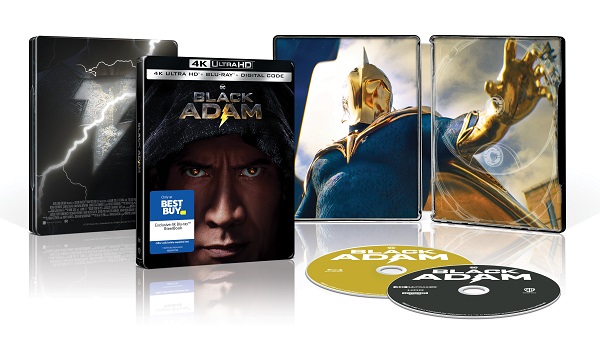 The bonus materials set to be included with these releases are listed below.

“One of the Best DC Superhero Films to Date”

Burbank, CA, November 21 – Experience the first-ever feature film exploring the story of the DC Super Hero in the action adventure, when “Black Adam” arrives for Premium Digital Ownership at home on November 22. The film is directed by Jaume Collet-Serra from a screenplay by Adam Sztykiel and Rory Haines & Sohrab Noshirvani, screen story by Adam Sztykiel and Rory Haines & Sohrab Noshirvani, based on characters from DC, and Black Adam created by Bill Parker and C.C. Beck, starring the voice of Dwayne Johnson (“the “Jumanji” films, “Moana”). The film will be available on 4K UHD, Blu-ray and DVD beginning on January 3.

“Black Adam” can be enjoyed at home with Filmmaker Mode TM.  Developed by studios, TV manufacturers and some of Hollywood’s leading directors, Filmmaker Mode disables all post processing (e.g. motion smoothing), preserves the correct aspect ratios, colors and frame rates, and enables your TV to display the film precisely as it was intended by the filmmaker.  Filmmaker Mode is available on televisions from select manufacturers.

Nearly 5,000 years after he was bestowed with the almighty powers of the ancient gods—and imprisoned just as quickly—Black Adam (Johnson) is freed from his earthly tomb, ready to unleash his unique form of justice on the modern world.

Rating: Rated PG-13 for sequences of strong violence, intense action, and some language