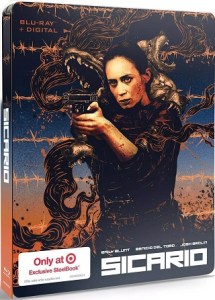 The 2015 film “Sicario” will be getting a Blu-ray Disc SteelBook exclusively over at retailer Target on June 15th via Lionsgate. The film, directed by Denis Villeneuve, starred Emily Blunt, Josh Brolin, Benicio Del Toro, Jon Bernthal, Jeffrey Donovan, Victor Garber, and Daniel Kaluuya. Tech specs for the Blu-ray of the film include a 1080p HD video presentation in the 2.40:1 aspect ratio and Dolby Atmos sound. This release will come with a digital copy of the film. You can now find the Blu-ray Disc Exclusive SteelBook available for preorder over at Target. You can find a further glimpse at the artwork for this SteelBook below. 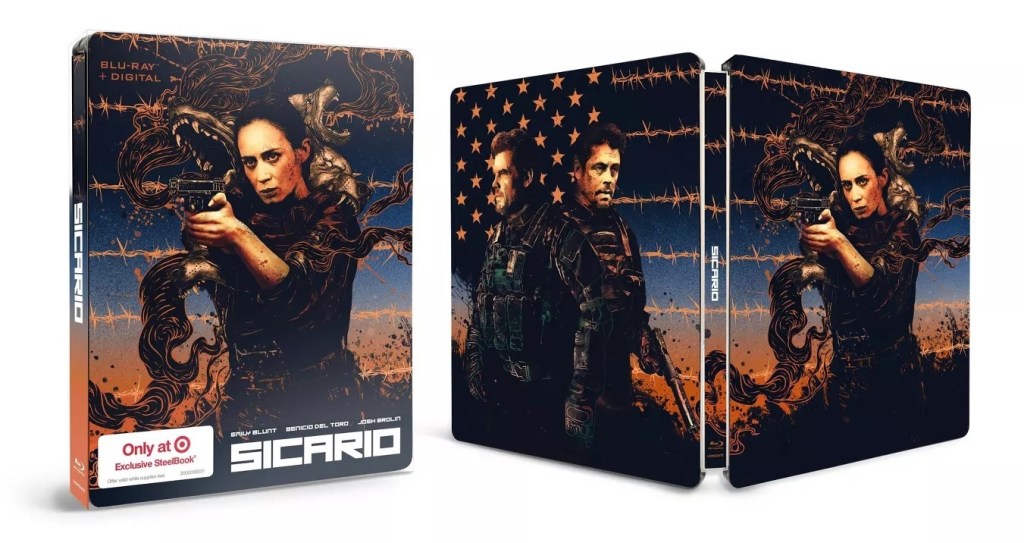 The bonus materials that are included on this Blu-ray are listed below.