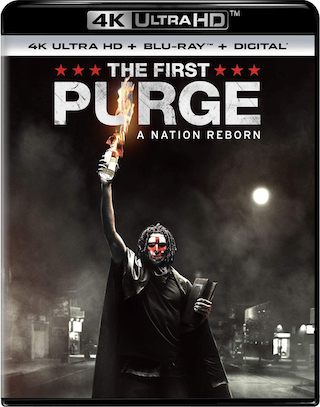 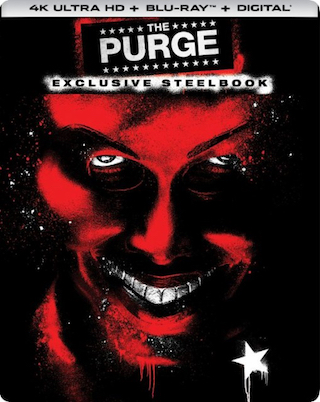 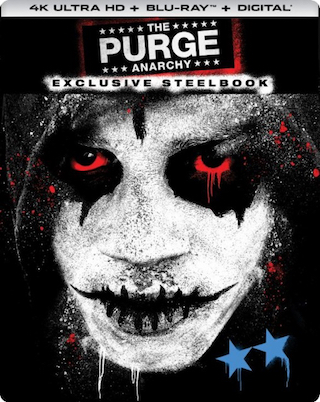 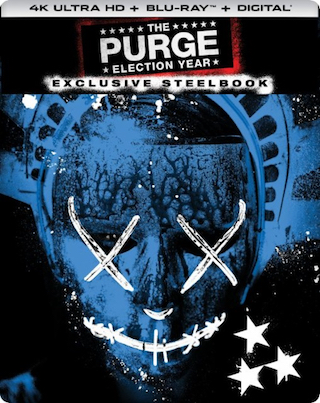 UNIVERSAL CITY, Calif., Aug. 7, 2018 — The origin story to the worldwide phenomenon that redefined horror, THE FIRST PURGE, the fourth chapter in the thrilling franchise, arrives on Digital and the digital movie app MOVIES ANYWHERE on September 18, 2018 and on 4K Ultra HD, Blu-ray™, DVD and On Demand on October 2, 2018from Universal Pictures Home Entertainment. When the New Founding Fathers of America look to push the crime rate below one percent for the rest of the year, a radical sociological theory that vents aggression is tested among an isolated community. But once the violence of oppressors clashes with the rage of the marginalized, the contagion of the experiment explodes and rapidly spreads, leading to a revolution. THE FIRST PURGE takes audiences back to where the nightmare all began in this timely and relevant horror-thriller, including gripping bonus features appealing to fans of the franchise.

Now with the New Founding Fathers of America in charge of America’s political landscape, change is inevitably coming. When Dr. Updale (Marisa Tomei) presents the chance for a risky, theoretical social experiment to become a live phenomenon, The Purge is born. Once Dmitri (Y’Lan Noel) is aware that his hometown of Staten Island has been selected to partake in the monumental social study that will forever change the way citizens interact with their government and neighbors alike, he naturally becomes suspicious of its purpose. Alongside community activist Nya (Lex Scott Davis) and her younger brother Isaiah (Joivan Wade), the three take to the streets of the first ever purge to protect their city and seek to survive at the risk of their own lives.

The Purge 4-Movie Collection will also be available on Digital September 18, 2018 and Blu-Ray and DVD on October 2, 2018. New and longtime fans can be welcomed to an America where all crimes are legal for one night a year in one must-own set including The Purge, The Purge: Anarchy, The Purge: Election Year, and the prequel The First Purge, an explosive series of pulse-pounding thrillers where anyone can get away with murder!

The story of The Purge will continue this fall on the small screen with the premiere of USA Network’s 10-episodetelevision series THE PURGE on September 4 at 10/9c. From Blumhouse Television and Universal Cable Productions, THE PURGE follows several seemingly unrelated characters living in a small city. Tying them all together is a mysterious savior who’s impeccably equipped for everything the night throws at them. As the clock winds down with their fates hanging in the balance, each character is forced to reckon with their pasts as they discover how far they will go to survive the night. THE PURGE is written and executive produced by the film franchise creator James DeMonaco and led by Jason Blum. Additionally, the entire team behind the blockbuster franchise ‎are on board to executive produce: Michael Baywith Brad Fuller and Andrew Form under the Platinum Dunes banner and Sebastien K. Lemercier. Thomas Kelly serves as executive producer/showrunner of the series. Emmy® and Golden Globe® award-winner Anthony Hemingway will direct and executive produce the premiere episode. The premiere and finale episodes will be simulcast on SYFY.

THE FIRST PURGE will be available on 4K Ultra HD in a combo pack which includes 4K Ultra HD Blu-rayTM, Blu-rayTMand Digital. The 4K Ultra HD disc will include the same bonus features as the Blu-rayTM version, all in stunning 4Kresolution.

About USA Network:USA Network, the leader in cable entertainment, offers a powerful stable of dramatic, comedic and unscripted originals in more than 102 million U.S. homes. The network also features spectacular live television, a dynamic portfolio of acquired series and the best in blockbuster theatrical films and entertainment events. A trailblazer in digital innovation and storytelling, USA is defining, driving and setting the industry standard for Social TV. USA is a program service of NBCUniversal Cable Entertainment, a division of NBCUniversal. USA’s award-winning website is located at http://www.usanetwork.com. Watch USA Network anywhere: On Demand, online or across mobile and connected TVs.