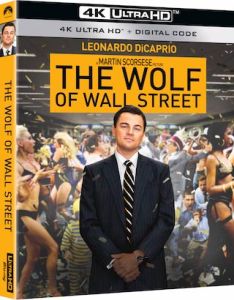 The movie has received a new transfer that was supervised by the director, Martin Scorsese. The tech specs for the release have not yet all been detailed but stay tuned for an update. The 2160p video presentation should at least include HDR10 form of high dynamic range. The release will come with a digital code (copy) of the film. You can now find the standard 4K UHD Blu-ray available for preorder over at Amazon. It’s also worth noting that a limited edition 4K UHD Blu-ray SteelBook (pictured below) will be available on the same date.

UPDATE: This 4K UHD Blu-ray SteelBook is now available for preorder over at Amazon and is listed as “coming soon” over at retailer Best Buy. 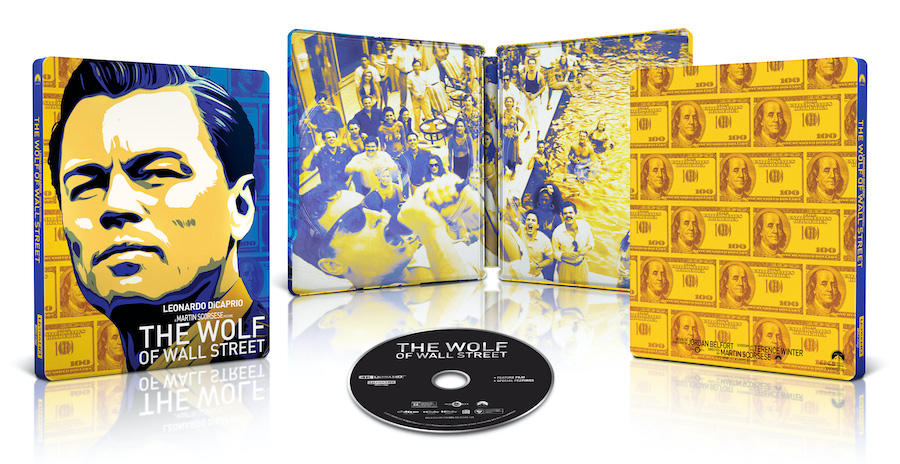 Directed by Martin Scorsese and hailed as “a bolt of brilliance” (Peter Travers, Rolling Stone) and “a masterpiece for a new generation” (James Verniere, The Boston Herald), the electrifying story of American excess THE WOLF OF WALL STREET arrives on 4K Ultra HD for the first time ever December 14, 2021 from Paramount Home Entertainment.

Nominated for five Academy Awards® including Best Picture, Best Director (Martin Scorsese), Best Actor in a Leading Role (Leonardo DiCaprio), Best Actor in a Supporting Role (Jonah Hill) and Best Adapted Screenplay (Terence Winter), THE WOLF OF WALL STREET was one of the most acclaimed films of 2013, earning over $390 million worldwide.

Leonardo DiCaprio delivers one of the best performances of his career as a young stockbroker hungry for a life of non-stop thrills where corruption is king and more is never enough.  The film features a sensational supporting cast, including Jonah Hill, Margot Robbie, Matthew McConaughey, Kyle Chandler, Rob Reiner, and Jean Dujardin.

The 4K Ultra HD release features exceptional picture quality courtesy of a new film transfer supervised by Scorsese.  The disc includes access to a digital copy of the film and the previously released bonus content detailed below:

THE WOLF OF WALL STREET will also be available on 4K Ultra HD in a limited-edition SteelBook®.

THE WOLF OF WALL STREET

U.S. Rating:          R for sequences of strong sexual content, graphic nudity, drug use and language throughout, and for some violence