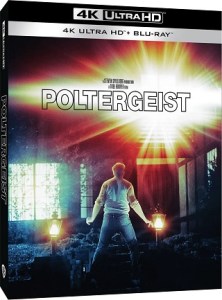 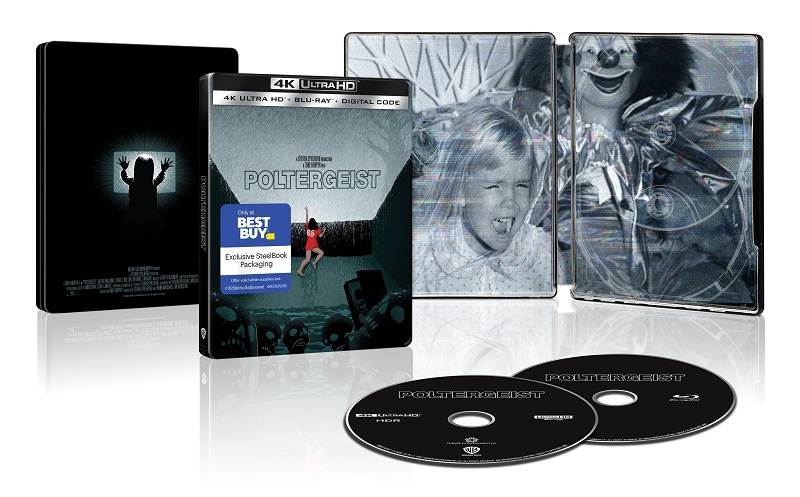 “Poltergeist is like a thoroughly enjoyable nightmare…in a fashion that Alfred Hitchcock might have appreciated.” – Vincent Canby, New York Times

Own it September 20 on 4K Ultra HD and Digital

Burbank, Calif., August 11, 2022 – Poltergeist, the 1982 classic horror film written by Steven Spielberg and directed by Tobe Hooper, will be released on Ultra HD Blu-ray Combo Pack and Digital on September 20, it was announced today by Warner Bros. Home Entertainment.

The screenplay for Poltergeist was written by Spielberg, Michael Grais, and Mark Victor, from a story by Spielberg.  The film was produced by Frank Marshall and Spielberg.

Poltergeist will be available on Ultra HD Blu-ray Combo Pack for $24.99 ERP and includes an Ultra HD Blu-ray disc with the feature film in 4K with HDR and a Digital download of the film. Fans can also own Poltergeist in 4K Ultra HD via purchase from select digital retailers beginning on September 20.

Suburbanites Steve (Nelson) and Diane (Williams) suddenly experience paranormal activity in their home. What starts off as minor excitement quickly turns into nasty ghostly encounters. The disappearance of their daughter Carol Anne (O’Rourke) forces the Freelings to bring in parapsychologists and a professional exorcist to exorcise their home. Directed by Tobe Hooper and featuring Oscar Nominated Visual Effects by Richard Edlund, Michael Wood and Bruce Nicholson, Poltergeist is one of the most entertaining horror films of its time.

On 09/20/22, Poltergeist 4K UHD will be available to own for streaming and download to watch anywhere in high definition and standard definition on favorite devices from select digital retailers and will be made available digitally on Video On Demand services from cable and satellite providers, and on select gaming consoles.