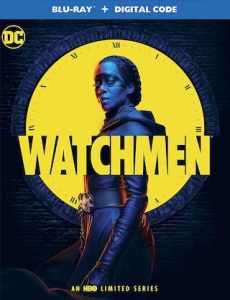 The 2019 TV mini-series (limited series) adaptation of “Watchmen“ appears to be coming to Blu-ray Disc on June 2nd, via HBO, according to retailers. The show, based on the graphic novel of the same title, was adapted by Damon Lindelof and ran for a total of 9 episodes. The cast for the series included Regina King, Yahya Abdul-Mateen II, Tom Mison, Sara Vickers, Jeremy Irons, Andrew Howard, Louis Gossett Jr., Jean Smart, and Tim Blake Nelson. Tech specs for the release have not yet been detailed, but stay tuned hopefully very soon for an update. The Blu-ray is now listed for preorder over ar Amazon and Best Buy. The release will include a digital code (copy) of the series. You can find a list of bonus materials set to be included listed below.

UPDATE: There will also be an exclusive Blu-ray Steelbook available for this which is now available for preorder over at retailer Best Buy (pictured below). 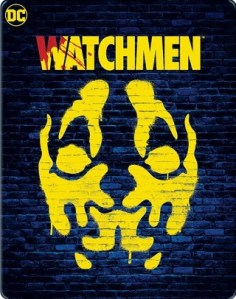