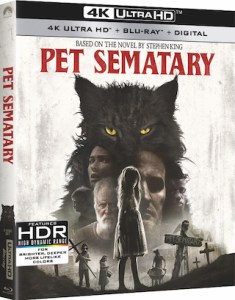 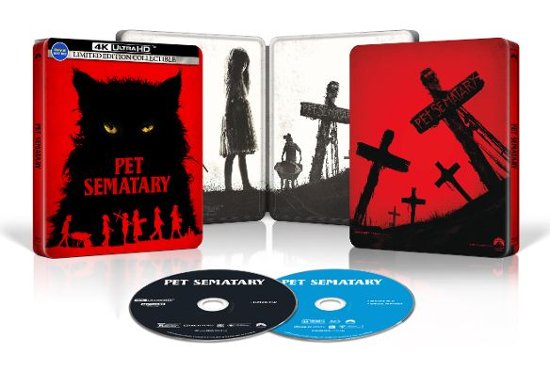 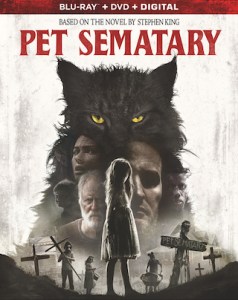 Including Footage Not Shown in Theaters and a Shocking Alternate Ending!

The Digital*, 4K Ultra HD, and Blu-ray releases are packed with over 90 minutes of special features, including hair-raising deleted and extended scenes, a chilling alternate ending, a look at the main characters, behind-the-scenes footage, cast interviews and more.  A must-own for every Stephen King fan, PET SEMATARY is a “twisted and bone-chilling” (Meagan Navarro, Bloody Disgusting) thrill ride.

The film also boasts a Dolby Atmos® soundtrack to place and move audio anywhere in the room, including overhead**.  In addition, both the 4K Ultra HD and Blu-ray Combo Packs include access to a Digital copy of the film.

After the Creed family relocates from Boston to rural Maine, they soon discover an ancient burial ground hidden deep in the woods near their new home. When tragedy strikes, the grief-stricken father is driven by the cemetery’s sinister power, setting off a perilous chain of events that unleashes an unfathomable evil with horrific consequences.  Some secrets are best left buried in this twisted thriller.

o   Chapter One: Resurrection – Directors, screenwriters and cast discuss bringing this classic back to life

o   Chapter Two: The Final Resting Place—A deeper look into finding the right location for the terror to unfold

o   Chapter Three: The Road to Sorrow— Inside the film’s tragic themes and creating the iconic cat “Church”

o   Chapter Four: Death Comes home—Unearth the creepy elements behind the climax and final scenes of the film

** To experience Dolby Atmos at home, compatible devices are required