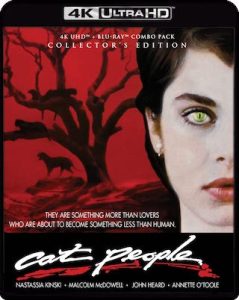 The tech specs for the release will include a 2160p video presentation in the 1.85:1 aspect ratio with at least HDR10 form of high dynamic range.  The sound format has yet to be detailed and the extras are now in production, so stay tuned for a later update.  The release will come in the form of a “combo pack” meaning it will come with its Blu-ray counterpart.  You can find the 4K UHD Blu-ray available for preorder over at Amazon as well as directly via Shout! Factory‘s website.