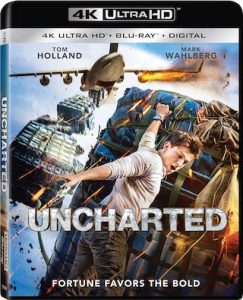 The 2022 film “Uncharted” is officially coming to both 4K UHD Blu-ray and Blu-ray Disc on May 10th via Sony Pictures Home Entertainment. The film, based on the popular PlayStation video game series of the same title, directed by Ruben Fleischer, stars Tom Holland, Mark Wahlberg, Antonio Banderas, Sophia Ali, and Tati Gabrielle.

The tech specs for the 4K UHD Blu-ray include a 2160p video presentation in the 2.39:1 aspect ratio with HDR10 form of high dynamic range and Dolby Atmos sound.  Tech specs for the Blu-ray include a 1080p HD 2.39:1 aspect ratio video presentation and DTS-HD Master Audio 5.1 lossless surround sound.  Both releases will come in the form of a “combo pack” meaning that the 4K will include its Blu-ray counterpart, the Blu-ray will include its DVD counterpart, and a digital code (copy) included with each. 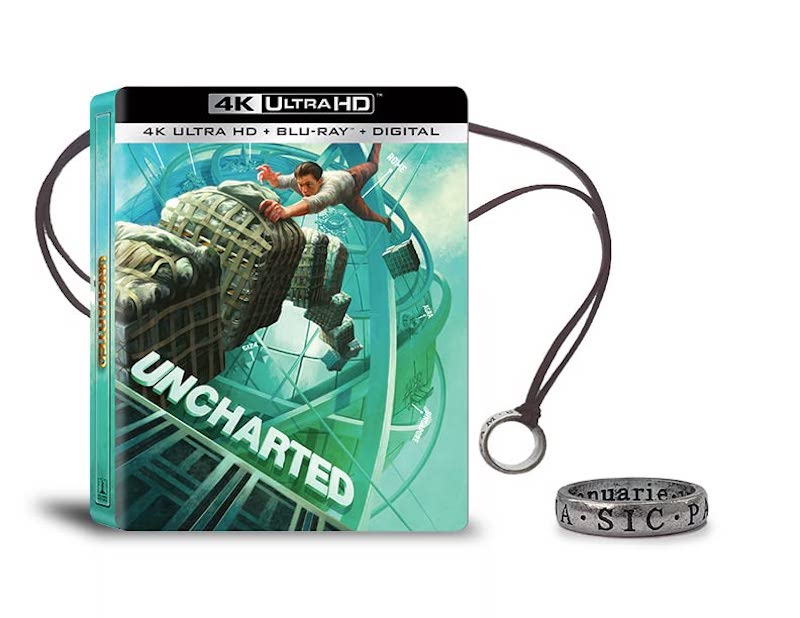 Further below, after the break, you can find the trailer for the film, a special features preview video, and the full announcement regarding the home video releases.

Street-smart thief Nathan Drake (Tom Holland) is recruited by seasoned treasure hunter Victor “Sully” Sullivan (Mark Wahlberg) to recover a fortune lost by Ferdinand Magellan 500 years ago. What starts as a heist job for the duo becomes a globe-trotting, white-knuckle race to reach the prize before the ruthless Moncada (Antonio Banderas), who believes he and his family are the rightful heirs. If Nate and Sully can decipher the clues and solve one of the world’s oldest mysteries, they stand to find $5 billion in treasure and perhaps even Nate’s long-lost brother…but only if they can learn to work together.