“Bad Boys For Life” on 4K and Blu-ray in April 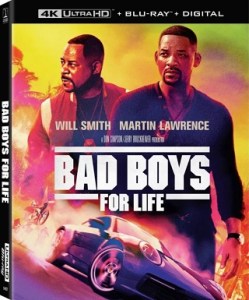 The 2020 sequel “Bad Boys For Life” sure seems to be coming to 4K UHD Blu-ray and Blu-ray Disc on April 21st, via Sony, according to multiple retailer listings. The film, directed by Michael Bay, stars Will Smith, Martin Lawrence, Vanessa Hudgens, Alexander Ludwig, Charles Melton, Paola Nuñez, Kate del Castillo, Nicky Jam, DJ Khaled, and Joe Pantoliano. The tech specs for the 4K and Blu-ray releases have not yet been detailed and bonus materials have not yet been announced but stay tuned for an update once the title gets officially announced, likely this week. The releases will both come in the form of a “combo pack” meaning that the 4K will include the Blu-ray, the Blu-ray will include the DVD, and each comes with a digital code (copy) of the film. You can now find the film on 4K UHD Blu-ray and Blu-ray available for preorder over at Amazon as well as retailers Best Buy and Target. Speaking of those retailers, each will be getting its own exclusive release of the film. Best Buy will be getting an exclusive 4K UHD Blu-ray SteelBook (pictured below) which is now available for preorder. Finally, Target will be getting an exclusive Blu-ray release featuring alternate cover art and a movie poster which is also now available for preorder. 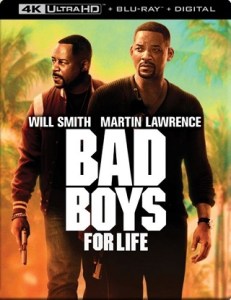