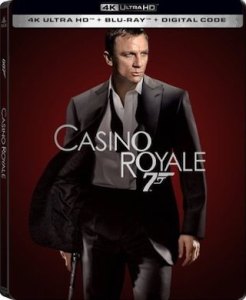 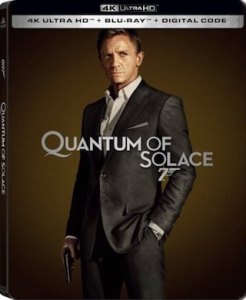 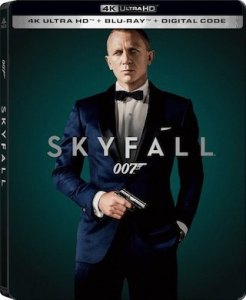 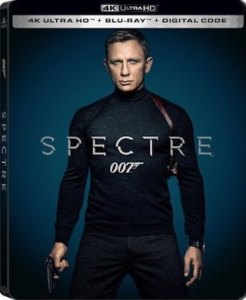 As I had previously reported this earlier week, the first four of the “James Bond” / “007” films featuring Daniel Craig are coming to 4K UHD Blu-ray as individual releases on February 25th. However, it now also seems that they will be getting individual 4K UHD Blu-ray SteelBook releases (pictured above) as exclusives over at retailer Best Buy on March 17th, three weeks later – on St. Patrick’s Day. The tech specs for the 4K releases include video in the 2.40:1 aspect ratio with HDR10 and Dolby Vision forms of High Dynamic Range and DTS-HD Master Audio 5.1 sound – with the exception of the last film (“Spectre”) which is in DTS-HD Master Audio 7.1 sound. All of the releases will come in the form of a “combo pack” with each getting the Blu-ray counterpart and bonus discs (if available) and a digital code (copy) of each film. You can now find the four movies “Casino Royale“, “Quantum of Solace“, “Skyfall“, and “Spectre“ on 4K UHD Blu-ray SteelBooks exclusively available for preorder over at Best Buy.