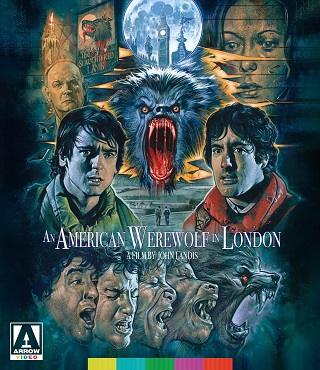 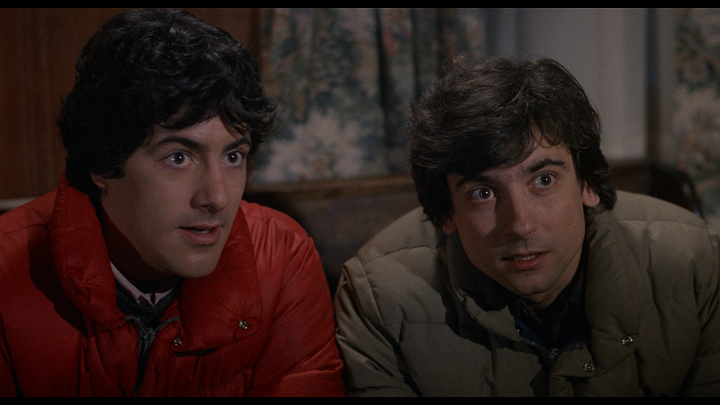 The story here involves two American college students touring Britain (England) by hitching rides in the back of trucks with sheep and essentially walking on foot. The two guys, “David” (David Naughton) and “Jack” (Griffin Dunne), are hungry and make the odd choice of trying a local bar called “The Slaughtered Lamb” where they’re greeted by the locals with a very suspicious complete lack of hospitality and fear. The guys notice a five-sided star (pentagram) on the wall of the bar between two burning candles, which they find rather strange and decide to ask about. Needless to say, they don’t get any reply to that inquiry but are essentially refused service and sent on their way being warned to “beware the moon” and to keep to the roads and avoid the nearby English moors.

David and Jack leave the bar completely dumbfounded but also laughing about the whole experience and continue on their way, walking at first along the road. They get to talking and manage to wander off of the main road. That’s about the time they hear a haunting howl and things just go all to hell. The two guys were attacked by a wolf, more specifically a werewolf. The locals come out and manage to shoot and kill the werewolf after it has attacked the two friends.

After the werewolf attack, David is laying on the ground in complete and utter disbelief of what has happened. It’s later when he wakes up in a hospital bed in London that he’s informed by “Dr. J. S. Hirsch” (John Woodvine) that he was attacked by some wild animal – so the townspeople claimed. David is informed by a man named “Mr. Collins” (Frank Oz) looming at him over his hospital bed that his friend Jack was killed in this wild animal attack.

As you would imagine, David is not too quick to want to accept this news but he later has no choice when his friend Jack shows up in his hospital room asking for some of his food – looking pretty mangled. I’ll just say that his friend is, of course, in an undead form and trying to warn him of what happened to them. However, I won’t go into full details there to avoid dishing out any real spoilers for the folks who have never seen this modern classic of sorts.

David is very much frantic at this point but he meets “Nurse Price” (Jenny Agutter) who is very helpful and the two really ironically hit it off. The nurse helps David stay as grounded to reality as he can be while he attempts to deal with what he’s now part of and the haunting reappearance of his deceased friend. The story here is dramatic at times, sure, but deep down it’s truly a horror film with some dark sense of humor thrown in for good measure. If you’ve never seen this film and like the horror genre, you own it to yourself to give this a watch and you couldn’t find a better time to – with this new 2019 Limited Edition Blu-ray release from Arrow Video. 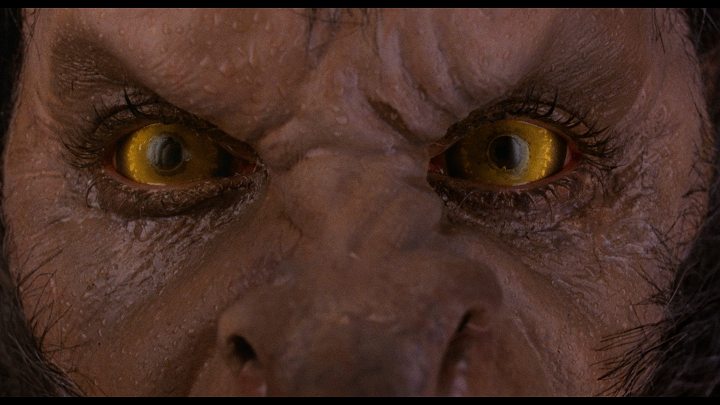 “An American Werewolf in London” on this Limited Edition Blu-ray is presented in the 1.85:1 aspect ratio, just as it was originally intended and shown during its theatrical run. This movie was shot on 35mm film using the Arriflex 35 Bl camera with spherical lenses, according to IMDb.

The movie has recently received a new 4K restoration, from the original camera negative, that was supervised by director John Landis. The film was first released on the Blu-ray format all the way back in 2009, then it was remastered and released again in 2016 – both directly via Universal. This Arrow Video Blu-ray comes from a new 2019 restoration and is different from that previous remaster, that should be duly noted upfront. Lastly, I’d like to point out that I’ll be using the original 2009 Blu-ray here for comparison purposes (via screenshots) as well.

You’ll notice (below) that the second screenshot comparison scene I’ve shown below has been widened, instead of being cropped, involving one of the locals at the bar. That’s really strange to me and it took me doing several checks to make sure that wasn’t my fault. I guess they just had a better wider and even slightly taller frame on the existing camera negative they used here – in comparison to what was used in 2009. I didn’t see any other scenes that seemed to have any changes like that.

You’ll notice color has been ever-so-slightly adjusted to come across more realistic. Scenes also seem to slightly brighten up a tad bit, in a good way, showing off detail but still maintaining a solid black level. There are no signs here, at all, of any compression problems. It looks very impressive. See for yourself, below, how much better it looks.

It’s a really nice improvement here visually, especially if you owned the original 2009 Blu-ray. In this new 4K restoration, you’ll see a whole lot more film grain left intact, a definite amount of newfound detail, and an ever so slightly modified more accurate color timing. Also, some visual imperfections have been cleaned up like hairs, dirt, and some other debris in comparison to that original 2009 Blu-ray release. This restoration on Blu-ray here, in the Limited Edition, is well-worthy of a 4.75 rating for video quality. I found this to be pretty damn visually impressive for a lower budget 1981 film. 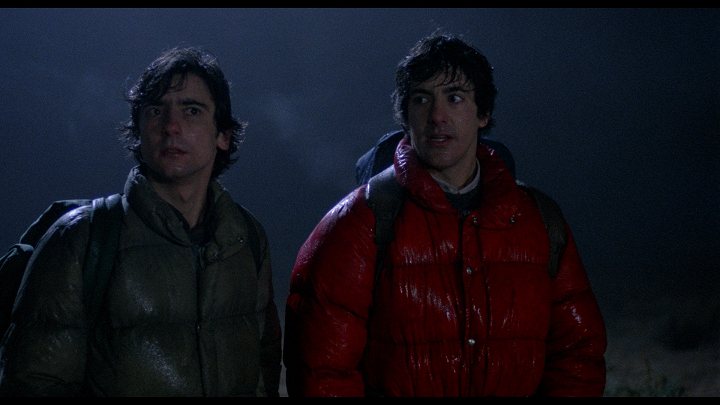 Audio here on this new 2019 “Limited Edition” Blu-ray of the film from Arrow Video is presented in both DTS-HD Master Audio 1.0 Mono and DTS-HD Master Audio 5.1 surround configurations (mixes). The original 2009 Blu-ray featured the 5.1 in even the very same format but lacked this Mono track that purists are sure to love. I honestly love the Mono mix here more than I do the 5.1 and it’s just because it seems more direct and right for a 1981 film, at least to me anyway.

I’ll admit since it was newly available, the 1.0 mono is what I sampled first. That said, I found the lossless Mono mix to sound pretty impressive. However, I also (obviously) decided to sample the 5.1 lossless surround mix, for review purposes. It has a much more spatial feel to it in surround versus mono. Imagine that? “You have lovely sheep.” The dialogue, speaking of which, is delivered spot-on via both 1.0 and 5.1 mixes, with the center channel being used for the surround mix.

The rear channels here get used nicely to give you the feeling of being in the middle of the wind walking along some English moors. The music sounds very nice as well and gets some rear channel use itself. There’s a very tiny bit of bass via the subwoofer especially when the werewolf is present and howling. This isn’t the most intense 5.1 lossless mix I’ve ever heard but it’s pretty damn impressive, at times.

The original score here, composed by the late Elmer Bernstein, as well as the songs on the soundtrack all sound impressive here throughout the film in both lossless mixes. The real highlights to me come when we hear Creedence Clearwater Revival‘s “Bad Moon Rising” and around the second time that we hear “Blue Moon” (performed by Sam Cooke). I mean, hell, even on mono the scenes that have these or other songs playing in them all sound great. There is, at least during the more climactic scenes, a pretty decent amount of bass. Rear channels are effective in their usage as well on the 5.1 surround sound mix.

All of this said I ended up really deciding to just go back and stay with the 1.0 Mono lossless mix. Still, all these years since Mono being created it manages to get the job done in terms of sound with just the 1.0 lossless mix and overall delivers a solid presentation itself worthy of a 4.5 rating for audio quality. 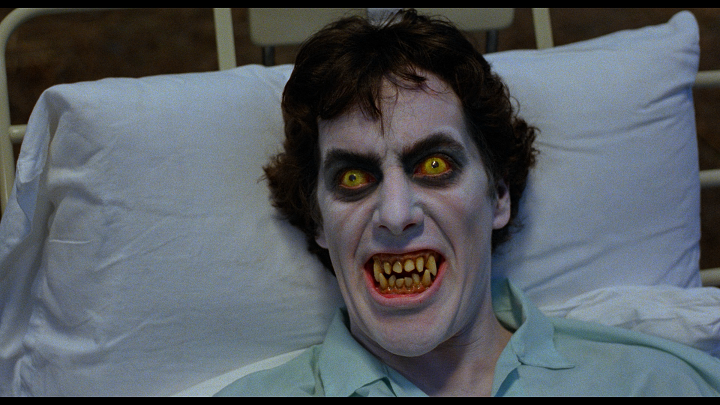 Bonus materials on this release are all presented in HD video with Dolby Digital 2.0 Stereo sound (unless otherwise noted below), and they include the following:

Overall, the bonus materials here are very extensive (at near 5 hours in length), informative, and contain a great deal of new material – including yet another full-length documentary. That makes for two full-length documentaries included on this, running over an hour each. There are tons of physical extras included as well and this makes for a very, very impressive and perfect set of bonus materials. 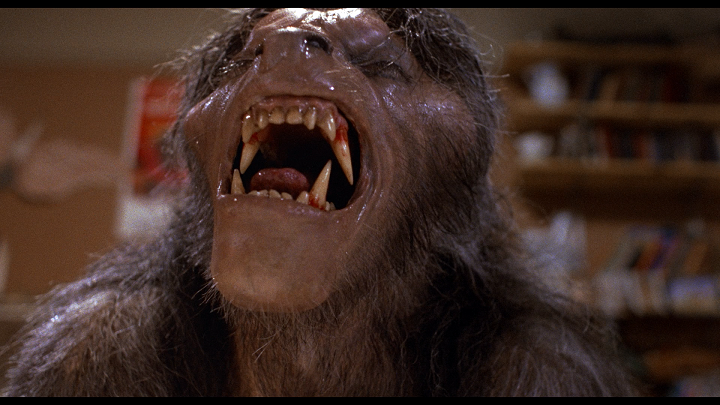 “An American Werewolf in London” (some 38 years later now) remains a very memorable horror film that blends a dark sense of humor (comedy). Plus, let’s face it, John Landis and make-up special effects artist Rick Baker really went on to inspire a lot of horror filmmakers and folks in the field of creature effects. The story here is great, with great acting to go with it, and it’s also a very frightening film at times.

The film reportedly had a 10 million dollar budget and it ended up grossing 30.5 million worldwide during its theatrical run. The film is Certified Fresh (at time of writing) over at Rotten Tomatoes. However, it is oddly worth nothing that the (late) famous critic Roger Ebert only gave this film a 2 out of 4 stars rating in his review.

An American Werewolf in London as the 2019 “Limited Edition” Blu-ray release of John Landis‘ 1981 modern horror classic from the folks at Arrow Video proves to be one definite improvement over the original 2009 Blu-ray release. It’s hard to believe it’s been 10 years since the film was first released in high def and it’s certainly come with some serious visual changes thanks to the 4K restoration. The audio now finally in a lossless Mono (with optional 5.1) sounds impressive and feels true to the film’s original time period that it was released.

The bonus materials here prove to be very, very impressive and total up to almost 5 hours in length with two feature-length documentaries included. A lot of the content here is new and roughly a little over half of it is archival. There also are a whole lot of physical extras included in this Limited Edition set from Arrow Video. They’ve put a two-sided poster, 6 double-sided lobby card reproductions as postcards, a 60-page bound booklet, and reversible cover artwork. It’s one excellent set of supplemental materials and such. I’m very impressed by the treatment this film has received here. They’ve definitely done this film complete justice in terms of extras. This set is highly recommended to fans. 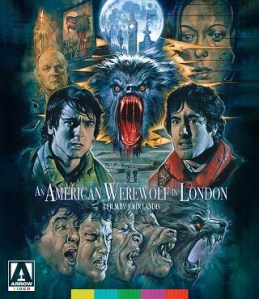 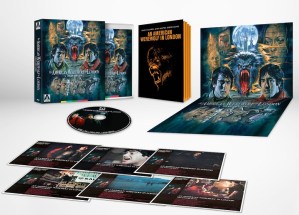