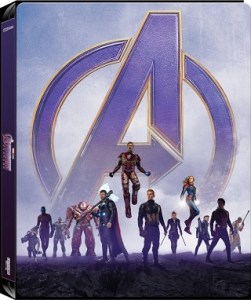 Retailer Best Buy already has pre-order listings up for “Avengers: Endgame” on both 4K UHD Blu-ray and Blu-ray Disc. Plus, they will also be getting an Exclusive 4K UHD Blu-ray Steelbook. There’s no release date listed yet for the film on home video, however, I’ll bet that you can expect it sometime around August, based mainly on its placement over at this retailer. No other retailers yet have listed this film which just hit theaters yesterday. Stay tuned for any further updates.