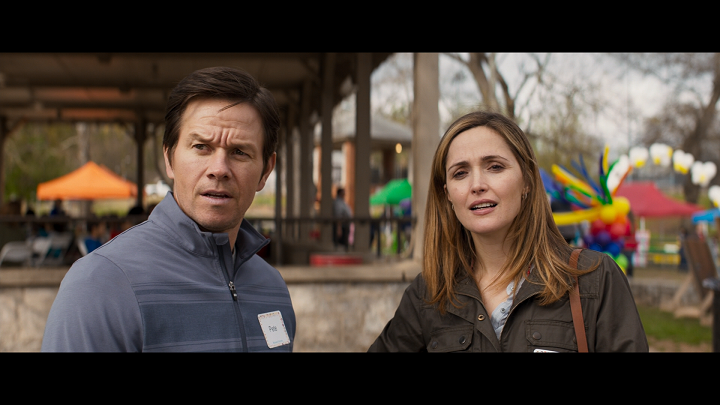 The story here focuses on a married couple named “Pete” (Mark Wahlberg) and “Ellie” (Rose Byrne). Pete and Ellie work at buying old homes, fixing them up and selling them – often referred to as flipping homes. The two are showing a house to Ellie’s sister and husband when her sister decides to tell them she’s going to have a baby. Her sister questions if Ellie and Pete ever will have kids, especially this far into their lives. The couple immediately become standoffish between one another and the sister, but try to play it off as no big deal. It’s later that night when Pete comes home to find Ellie browsing through a listing of foster care children available for adoption that we realize she took that very seriously. It becomes even obvious the husband here feels a bit questionable about the idea but doesn’t rule it out.

Pete and Ellie actually do consider adoption so they decide to see some social workers named “Karen” (Octavia Spencer) and “Sharon” (Tig Notaro) who guide them through the process of adopting a child, first as foster parents. The two workers encourage the families to attend group meetings where they discuss the problems that come up along the way, which do. While attending a foster care event the couple comes across a teenage girl that they really like after she gives them a lasting impression. Jack and Ellie go to Karen and Sharon, as funny as that sounds to say, to discuss the possibility of adopting the girl “Lizzy” (Isabela Moner). They find out that she comes with two younger siblings, a brother “Juan” (Gustavo Quiroz) and little sister “Lita” (Julianna Gamiz). It’s not really a spoiler to tell you this, considering all the promotional artwork, but they decide to try to take in all three children first under foster care

Will things work out and it turns into a forever family? You will just have to watch to find out. It’s a pretty comedic approach to a very dramatic situation and it works well. The filmmaker and his co-writer come from comedic backgrounds on their previous work and that seems to have really helped to make this film better. 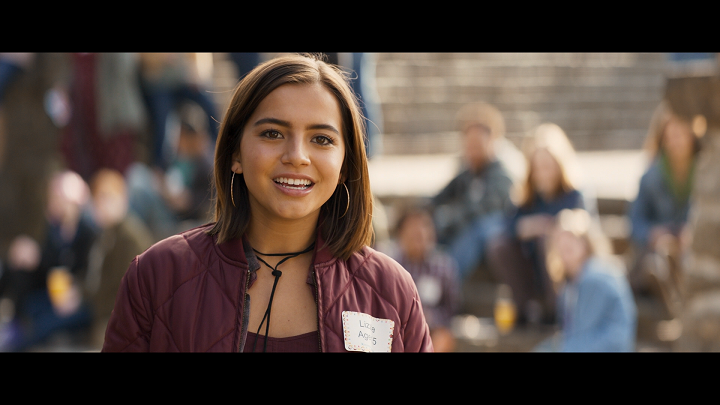 “Instant Family” on Blu-ray comes to us via a 1080p presentation in the 2.39:1 aspect ratio. This was shot digitally on the Arri Alexa Xt camera in 2.8K and 3.4K resolutions.

Visually the movie comes with a pretty nice amount of detail in high def (HD), many thanks to coming from its higher resolution sources. The close-ups here prove to have a nice amount of detail. The colors are pretty bright for the most part and it fits the mood for things nicely. Flesh tones appear accurate and the black level is solid.

There’s nothing at all to complain about here, as this visually does the film justice. One thing that truly helps here is the cinematography, nicely done by Brett Pawlak (director of photography). “Instant Family” in its debut to Blu-ray can at times come with a bit more than just a solid presentation and can be pretty impressive. 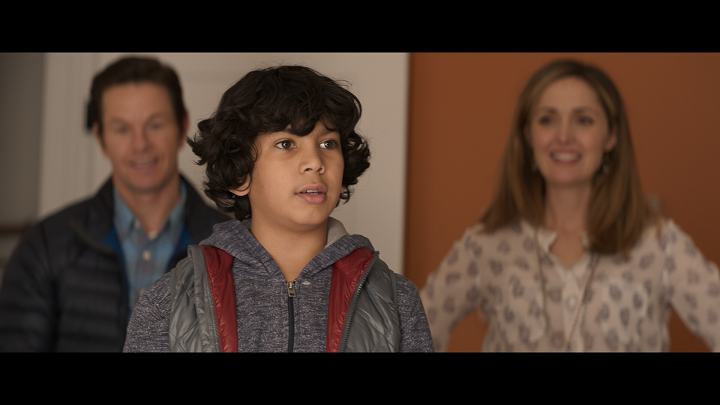 “Instant Family” on Blu-ray is presented in DTS-HD 7.1 Master Audio. This being a dramatic film it’s primarily driven from the front center channel speaker for dialogue, but it does come with some decent amount of rear channel and bass in the surround aspects of the mix. I’ll first state by saying that dialogue here is delivered distinctly throughout and no volume adjustments I found were needed to be made during my viewing experience at reference level.

The first two things that really stood out to me in the surround mix were the musical numbers by Paul McCartney near the beginning and another by George Harrison around halfway that both prove to have a nice rear channel use and a slight attention-grabbing bit of bass representation via the subwoofer. The film’s original music (composed by Michael Andrews) can also at times have some moments where it gets nice rear channel use and a decent amount of bass.

Honestly, this film is primarily driven by the dialogue that is delivered from the center channel. There’s also the sound effects delivered mostly from the two front left and right channel speakers. It’s solid and at times even a bit slightly impressive in ways for a lossless surround mix to a film of this genre. Ever so subtle sound effects like rain are placed in the rear channels for a brief bit and sometimes you get a few louder sound effects also making use of the subwoofer. Finally, it’s worth noting that the three songs by Rosie Thomas, Vance Joy, and Starship used right near the end of the film all sound nice. All and all, the film in its debut to Blu-ray gets a solid lossless surround mix. 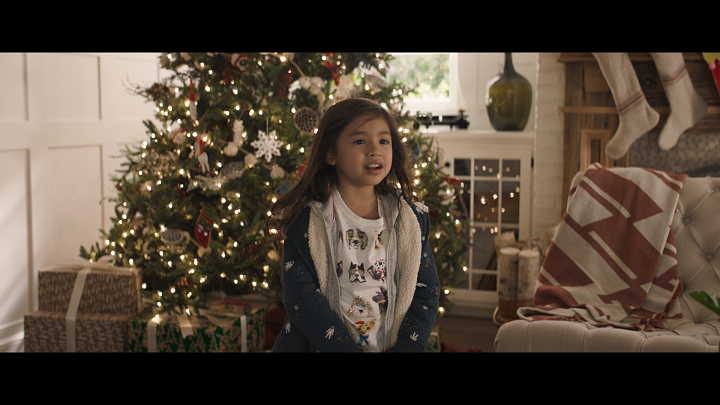 Bonus materials on this release are presented HD (high definition) video with Dolby Digital 2.0 Stereo sound. They include the following:

Overall the bonus materials here are very informative, entertaining, and pretty heartwarming. You get an audio commentary, about roughly an hour and four minutes of extras, as well as a DVD and digital copy of the film included. It’s enough to leave most audiences probably happy with not hitting eject right after the tears clear and being brave enough to venture into the extras section of the menu. 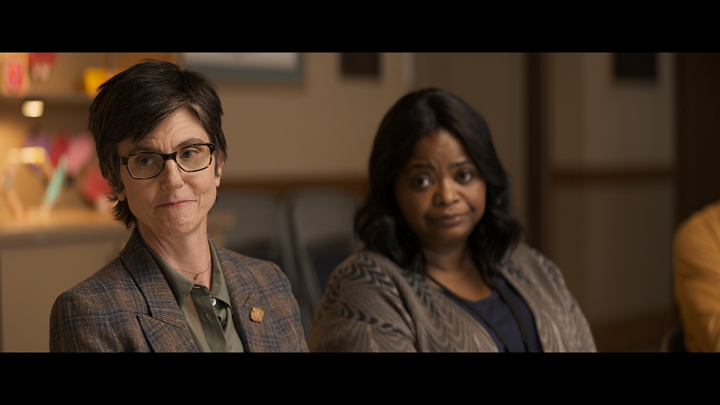 “Instant Family” is not just a dramatic film, considering the subject matter, but it is also filled with lots of comedic moments, a lot of which was inspired by real-life situations. The film’s plot itself was actually inspired by the real-life situation that the film’s director/co-writer Sean Anders had when he and his wife chose to try to adopt three children from foster care.

The chemistry here between Mark Wahlberg and Rose Byrne is really nice, as well as is the comedic approach from the social workers played by Tig Notaro and Octavia Spencer. The really best performances here though come from the three kids. This is a film that not only can families enjoy but so can those without children who might someday consider adopting a child from foster care. It’s really not surprising that this film is (at time of writing) “Certified Fresh” over at Rotten Tomatoes.

The Blu-ray comes with a pretty impressive presentation in terms of video quality and a solid 7.1 lossless surround mix that certainly has its moments. The bonus materials here round out things being pretty nice with over an hour of extras, as well a DVD and digital copy of the film. I must honestly say that I’d recommend this film on Blu-ray to most everyone.