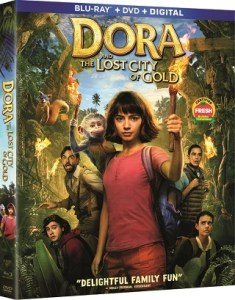 END_OF_DOCUMENT_TOKEN_TO_BE_REPLACED

The 2018 comedy “Instant Family“ starring Mark Wahlberg and Rose Byrne is officially coming to Blu-ray Disc on March 5th, via Paramount. The film, directed by Sean Anders, co-stars Isabela Moner, Gustavo Quiroz, Julianna Gamiz, Tig Notaro, and Octavia Spencer. Tech specs for the Blu-ray have yet to be fully detailed, but it should be obvious that you can expect full 1080p video and 5.1 lossless sound. I’ll be updating this as soon as I learn what the tech specs are. The film on Blu-ray will come in the form of a “combo pack” with a DVD and Digital Copy of the film included. There is a pre-order listing for the Blu-ray now over at Amazon. Bonus materials set to be included on the release are listed below.