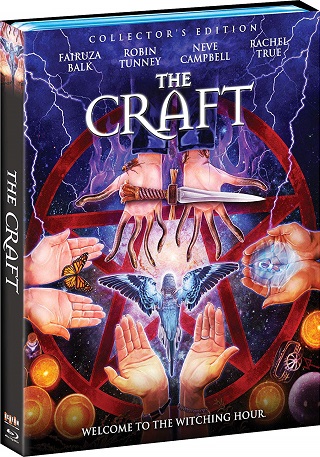 The 1996 film “The Craft“ is getting a Collector’s Edition Blu-ray Disc release on March 12th, via Scream Factory. The film, directed by Andrew Fleming, featured a cast of Fairuza Balk, Robin Tunney, Neve Campbell, Rachel True, and Skeet Ulrich. Tech specs for the release have not yet been detailed, but stay tuned for an update. The upcoming Collector’s Edition Blu-ray is now available for pre-order over at Amazon. Bonus materials set to be included on the release are listed below.