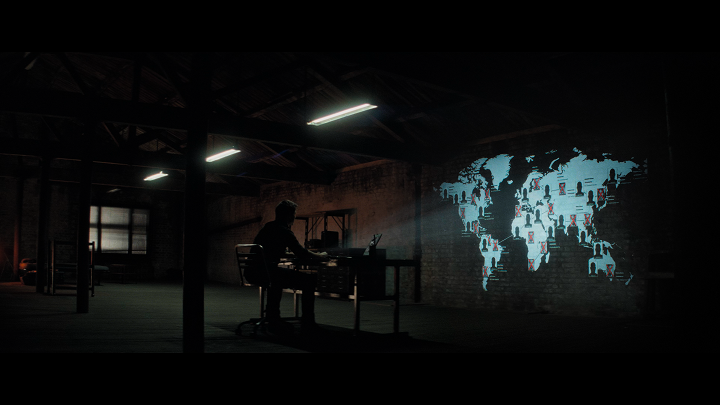 “Mission: Impossible – Fallout” is the sixth film in this franchise, and takes place right after the events of (the fifth film) “Mission: Impossible – Rogue Nation” (2015). It almost feels like you should have seen that last film specifically out of the four other films in the franchise to fully understand this one. Probably a lot of people didn’t see the previous film and felt a tad bit lost. That could be why a very small group of moviegoers just didn’t seem to get the film, while the critics absolutely loved it. Critics tend to usually have watched the previous film first, sometimes before reviewing the latest. That being said, perhaps you should watch “Rogue Nation” first and it will all come together nicely.

The film was written and directed by Christopher McQuarrie, who also directed the last film in the franchise. McQuarrie is also known for directing “Jack Reacher” (2012), but he’s mainly known for his works over the years as a writer. He is responsible for writing such films as “The Usual Suspects” (1995), “The Way of the Gun” (2000), “Valkyrie” (2008), and “Edge of Tomorrow” (2014). Three of those films starred the very same leading man here of this franchise: Tom Cruise.

Our hero here, an “IMF” (“Impossible Mission Force”) agent, “Ethan Hunt” (Tom Cruise) has been tasked with yet another “mission, should you choose to accept it” type situation. This time around he’ll be working again with his old IMF team members “Benji Dunn” (Simon Pegg), “Luther Stickell” (Ving Rhames), and even “Alan Hunley” (Alec Baldwin). The mission involves recovering stolen plutonium, that is feared to be in the hands of a splinter cell group. The group is known as the “The Apostles” and they have ties to a nuclear weapons expert “Nils Debruuk” (Kristoffer Joner), and even another group that Ethan has just encountered in the past film.

Joining Ethan on his mission, regardless of his acceptance, is a CIA agent “August Walker” (Henry Cavill) that the new CIA director “Erika Sloane” (Angela Bassett) has assigned to follow him. Ethan is suspicious of Walker from the very start, and the two do not get along, at all. Along the way, they’ll encounter some familiar faces such as “Ilsa Faust” (Rebecca Ferguson) and unfortunately “Solomon Lane” (Sean Harris). One of the other new faces this time around that Ethan will come across is “The White Widow” (Vanessa Kirby), who he meets with in an effort to find further missing plutonium.

This could be one of Ethan Hunt’s most challenging missions to date, as he not only will be physically challenged but also a tad bit emotionally challenged by someone from his past. It’s one of the finer films in the franchise to date, being full of action as well as clever dialogue and story. Just don’t expect this one to be as funny as some of the past films have, as it focuses more on action and drama. 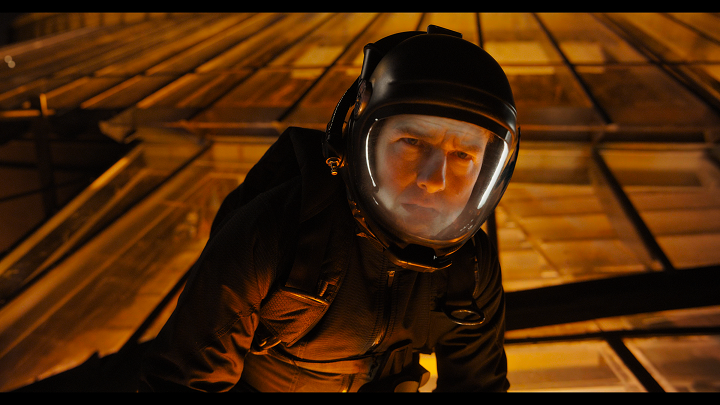 This comes to 4K UHD Blu-ray presented in the 2.39:1 aspect ratio, with some aspect ratio shifts to what appears to be a 1.90:1 aspect ratio (discussed below). The 2160p presentation comes with both Dolby Vision and HDR10 forms of High Dynamic Range. Some who saw the film theatrically might know of the two scenes that were shown during IMAX exhibitions in an expanded 1.90:1 aspect ratio. Those two specific scenes are presented here in an expanded aspect ratio shift, as they come along. The first can be found around 23 minutes in where it will actually expand. The second IMAX sequence can be found at exactly 1 hour and 43 minutes in and will blend scenes back and forth with the other (2.39:1) aspect ratio.

This movie actually received a 4K digital intermediate master, according to IMDb, which means that it is a true 4K video presentation. It was shot for the most part digitally in 8K and 6K resolutions as well as on traditional 35MM film, using a variety of Arriflex, Panavision, and Red cameras. Dolby Vision was actually used in the cinematography process as well so that HDR presentation comes from the original source material.

It’s worth noting that very early on there’s some use of lens flare, perhaps to pay homage to J.J. Abrams contributions to the series? The black level never really achieves being fully solid here, as the darker scenes just don’t look as good as it seems they should. Those scenes early on seem a gritty dark, to set a visual style, and it is apparent were not intended to be fully pitch black. In fact, the first 15 minutes or so of the film feels a bit more gritty in comparison to the rest of the film. Still, there’s a gritty sense retained all throughout the film during darker scenes, and we sadly never get a true black. The color palette can feel a tad bit subdued at first, that is true, but it’s delivering a somewhat realistic color representation and helps achieve accurate flesh tones.

Later in the film things clear up a tad bit in terms of that gritty feel, but the digital source material gets a post-production effect applied to make it look similar to film grain, for a nice blend of the film and digital source materials. There is an impressive amount of detail to be found here at times during the film, yet some scenes seem softer and lacking in detail. Darker outdoors scenes do use high dynamic range to emphasize shadows and present us with a somewhat realistic approach lighting, it’s just they aren’t as dark as they should be in terms of black level. The color palette also benefits a bit from HDR, as the colors get slightly more vibrant throughout the film.

The large format (IMAX) scenes that shift to a 1.90:1 aspect ratio, that fills almost the entire screen, look impressive here in terms of detail. The shift in aspect ratios works nicely and feels very theatrical. This is exciting to see, as a lot of fans have been asking for this type of treatment for films that had these type of scenes.

The amount of detail here can at times be impressive, at some more-so than others. However, some of the gritty feeling scenes just don’t make for the most consistent video presentation. This 4K presentation that blends both normal sources in a traditional aspect ratio with an IMAX source in a larger scale aspect ratio just doesn’t compare the best to some others that are out there on the 4K UHD Blu-ray format (namely “The Dark Knight” or “Dunkirk”).  Overall, it can be an impressive 4K presentation at times, but it doesn’t look as good as I personally expected it to, regardless of the filmmakers’ style. 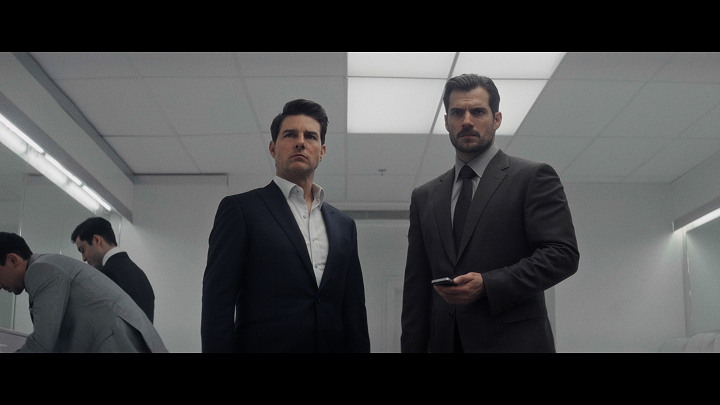 Audio here is presented in Dolby Atmos, with a Dolby TrueHD 7.1 core for those without the proper equipment to decode Atmos. The Blu-ray actually also includes Atmos, as did the previous film in the franchise. Theatrically this received Atmos, DTS:X, and Auro 11.1 atmospheric mixes, as well as Dolby 7.1 and some other forms of surround mixes. This action film franchise is one that has been taking advantage of Dolby Atmos for a bit now (as mentioned) and makes excellent use of it. It should come as absolutely no surprise that this latest film delivers on that, with one over-the-top intense mix.

From just the opening of the film, you’ll hear one impressive amount of bass represented through the subwoofer, as well as during the opening scene (flashback). Dialogue is delivered distinctly from the very start and all throughout the action: primarily from the center channel speaker, as you would expect. The surround mix here, be it the front left and right channels or the rear channels, makes excellent use of the film’s original Score and sound effects. The very same can be said for the amount of bass that you’ll get delivered through your subwoofer throughout this film. The height speakers, on the Atmos side of things, get some very nice use for both the Score and the sound effects, to leave your room so much more immersed in a realistic audio experience.

Everything is firing at full capacity here in this stunning mix, as it will leave you on the edge of your seat from start to finish. The gunfire here sounds superb, as it uses the rear channels nicely as well uses height speakers for the sound effects of ricochets, echoes of gun-blasts and such. It’s very intense and makes for an impactful sound presentation just when you think things might be a tad bit slow moving and quiet. Pow! It’s an absolute blast and the type of action-filled Dolby Atmos mix that you’d hope for.

The film certainly has its share of memorable action scenes, all of which are pretty well worthy of being deemed “demo material” when presented in Dolby Atmos. The mix has a bit of a selective nature as to what gets used in the height speakers at times, such as gunfire and other sound effects, as well for bits of the Original Score. It starts out that way but as the film progresses along it really starts to intensify all throughout the sound mix, with everything firing (as previously described), even the height speakers.

The aforementioned sound effects really show off with action scenes that include skydiving, airplanes, helicopters, motorcycles, car chases, explosions, and the obvious occasional gunfire, to just name a few examples. The action here, when presented in lossless surround with the height speakers really, sounds excellent all throughout the film, from start to finish. This Atmos mix is exceptional. Actually, that’s not saying it best really. I’ll be blunt here and say: this is one hell of an Atmos mix that sure enough does a high powered action film such as this complete and utter justice. I found it to be pretty damn intense after multiple viewings. 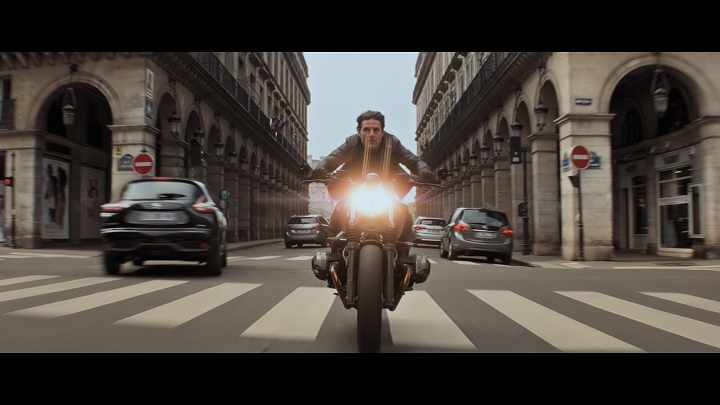 Bonus materials included on the 4K UHD Blu-ray Disc are listed below: 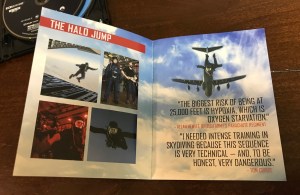 Bonus materials presented on the “Special Features” (2nd) Blu-ray Disc are all presented in HD video with Dolby Digital 2.0 Stereo sound and include:

Overall the bonus materials you get here are very solid, with featurettes that go to a very in-depth level into the making of the film, roughly totaling up to an hour and a half in length. Plus, there’s three audio commentary tracks (on the 4K and Blu-ray) as well as an isolated score audio track included (on both discs). Then, there’s the physical bonus material of a collectible booklet (“Stunts: Raising the Bar”) as well as a Blu-ray and Digital Copy of the film included. It’s enough to leave the fans pleased and gives you a great glimpse into how this film was made. 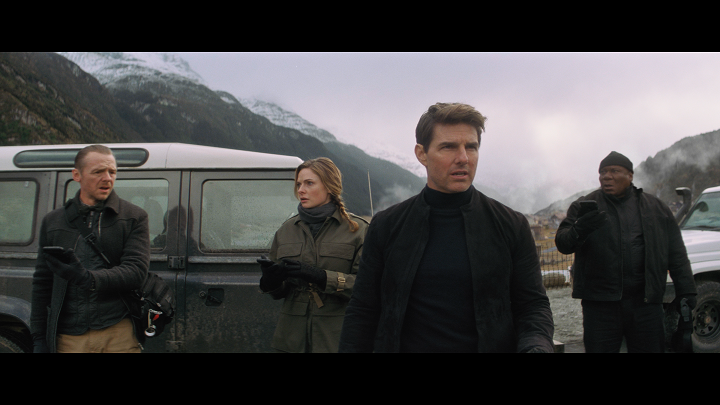 “Mission: Impossible Fallout” arrives on 4K UHD Blu-ray with a somewhat impressive 4K video presentation that features the aspect ratio shifting to a larger scale for the IMAX scenes in the film. The audio presentation in Dolby Atmos is an absolute piece of “demo material” from start to finish. The film itself is one of the best so far in the franchise. It’s truly no wonder why the critics loved this so much during its theatrical run. The M:I films just keep getting more extreme with their stunts, film by film, by the film. Tom Cruise delivers an excellent performance here once again as “Ethan Hunt” and does some absolutely amazing stunts. This is action suspense at some of its uttermost finest. 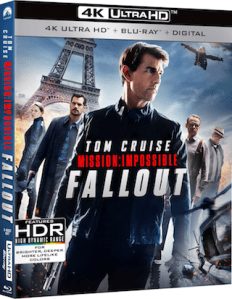