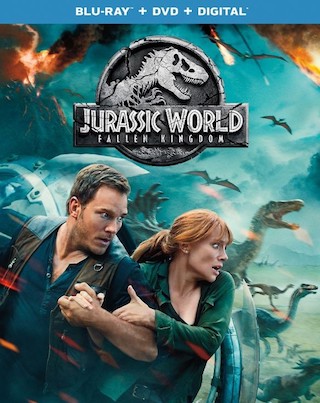 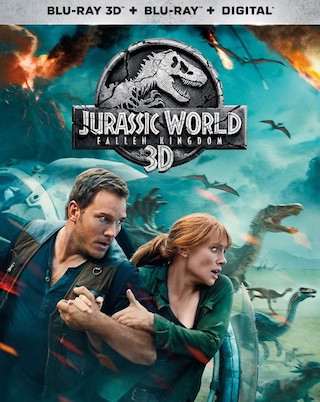 Okay, so Steelbook fans, like myself, rejoice. Best Buy, as usual, has scored themselves exclusives for both 4K UHD Blu-ray and Blu-ray Disc releases. Steelbooks on both formats are pictured below, and can be pre-ordered over at Best Buy by clicking on their art or links. 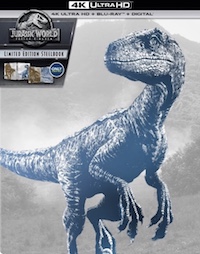 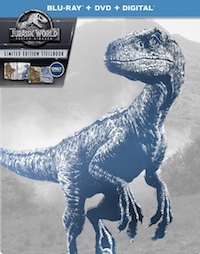 Next, we have even more Steelbooks, again exclusive at Best Buy. This time it’s for a bundled “Jurassic World: 5-Movie Collection” available for both the 4K UHD Blu-ray and Blu-ray Disc releases. This includes all five of the films now in the “Jurassic” franchise. Another retailer will also get a 5-movie collection, similar, as you’ll find further below. The artwork for these can be seen pictured below, and pre-order links over at Best Buy for these can be found above. 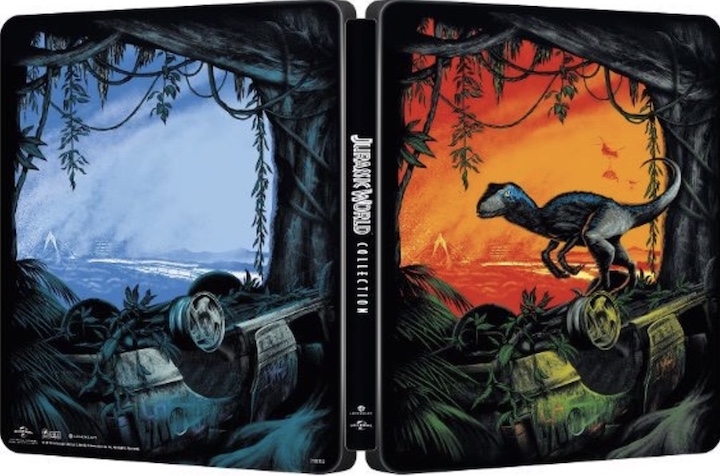 Now onto the next retailer, Target, and their exclusives. They will be getting what appears to be booklet packaging for both 4K UHD Blu-ray and Blu-ray Disc releases. You can find the artwork pictured below, and the pre-order links over at Target above. 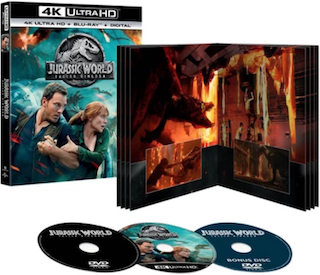 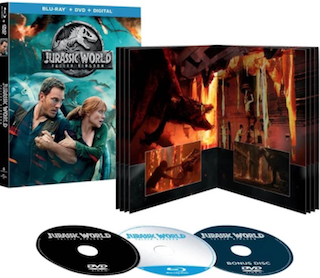 Target will also be getting another exclusive, a “Jurassic World: 5-Movie Collection” available for the Blu-ray Disc release. This set’s artwork is pictured below, and you can find the pre-order link above. 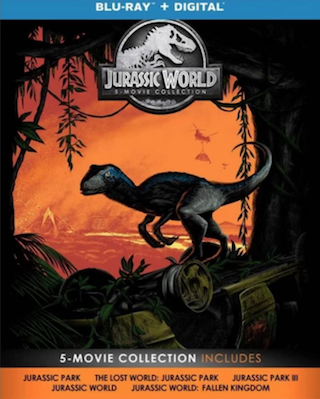 Lastly, retailer Walmart is getting a pretty unique exclusive on the Blu-ray Disc release. This “Exclusive Limited Edition Giftset” will include Two Funko Rocket Pop! keychains, which can found pictured below. You can pre-order this set via the link above. 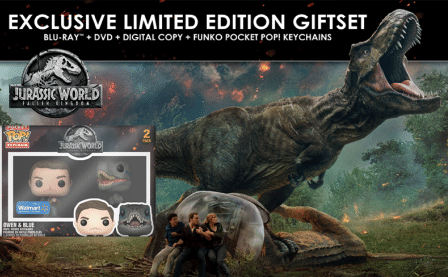