An American Werewolf in London comes to 4K in March 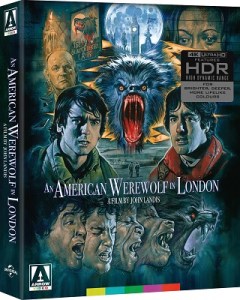 The 1981 film “An American Werewolf in London“ is officially coming to 4K UHD Blu-ray in a Limited Edition box set on March 15th, 2022 via Arrow Video. The film, written & directed by John Landis, starred David Naughton and Griffin Dunne.

This includes a new 4K restoration from the original camera negative. The tech specs for the 4K UHD Blu-ray include a 2160p video presentation in the 1.85:1 aspect ratio with HDR10 and Dolby Vision forms of high dynamic range as well as DTS-HD Master Audio 5.1 lossless surround sound and an uncompressed Mono 1.0 sound mix.

UPDATE:  You can now find the 4K UHD Blu-ray set available for preorder over at Amazon.  As stated, this is a box set and includes some physical extras (pictured below). 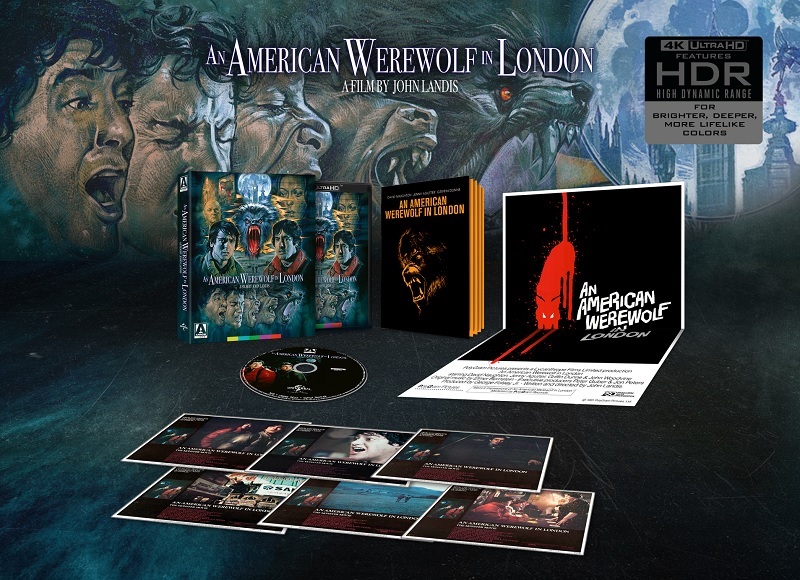