1991 comedy Nothing But Trouble on Blu-ray in October 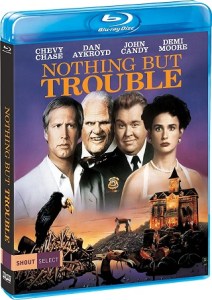 The tech specs and bonus materials for the release have not yet been detailed but stay tuned for an update later. You can now find the Blu-ray available for preorder over at Amazon.