Kubrick film A Clockwork Orange on 4K in September 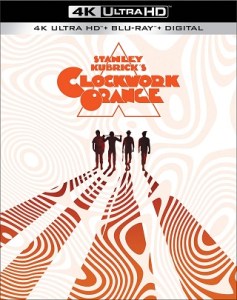 According to retailer listings, the 1971 film “A Clockwork Orange“ is coming to 4K UHD Blu-ray on September 21st, via Warner Bros. Home Entertainment. The title has yet to be officially announced by the studio (Warner) but stay tuned for an update on that. The film, written, produced, and directed by Stanley Kubrick, starred Malcolm McDowell, Patrick Magee, Warren Clarke, James Marcus, John Clive, Adrienne Corri, Michael Tarn, David Prowse, Sheila Raynor, and Philip Stone.

The tech specs for the release include a 4K 2160p video presentation in the 1.66:1 aspect ratio with HDR10 form of high dynamic range and DTS-HD Master Audio 5.1 lossless surround sound. The release will come in the form of a “combo pack” meaning that it will include its Blu-ray Disc counterpart and a digital code (copy) of the film, compatible with Movies Anywhere. 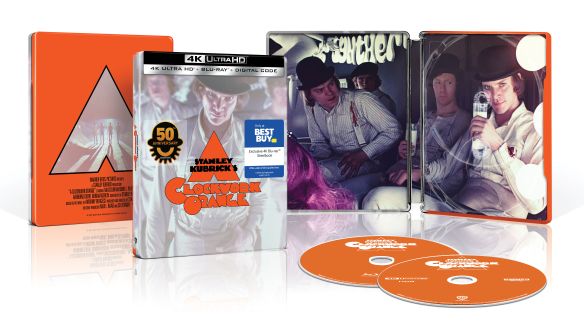 The bonus materials for the 4K UHD Blu-ray release of the film are listed below.