The Bird with the Crystal Plumage lands on 4K in June 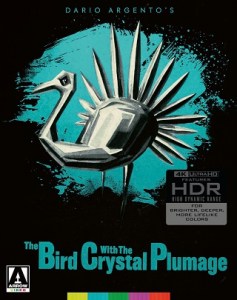 This movie has received a new 4K restoration. The tech specs for the release include a 2160p 4K presentation in the 2.35:1 aspect ratio with HDR10 and Dolby Vision forms of high dynamic range and restored original English and Italian Mono sound mixes, presumably in DTS-HD Master Audio — including optional English subtitles. 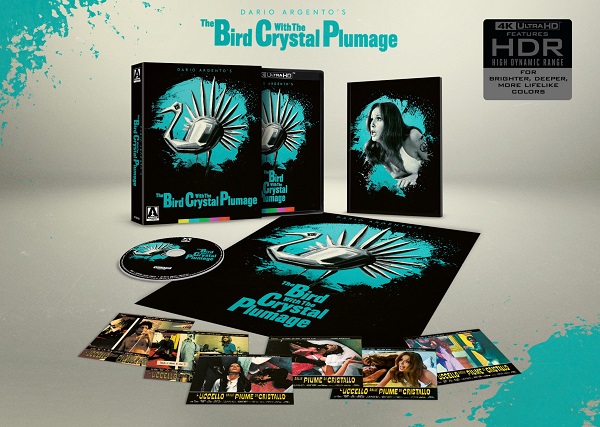 The bonus materials for this release, include some physical extras (pictured above) and are detailed below.