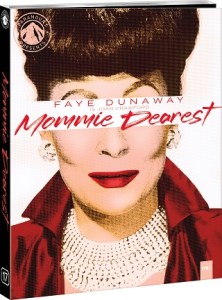 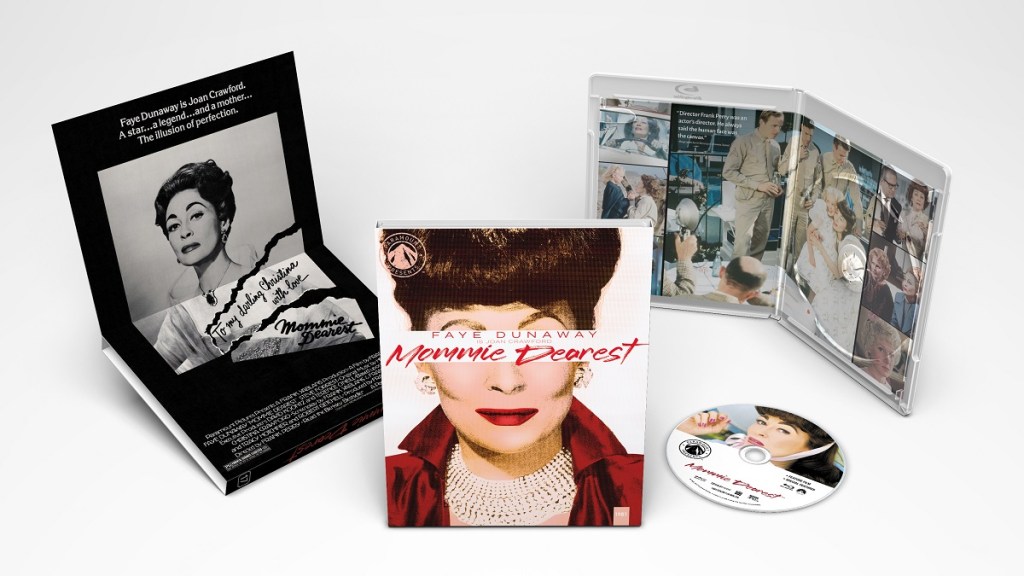 Newly Restored for Its 40th Anniversary,
Cult Classic Arrives on Blu-ray™ for the First Time

Newly restored from a 4K film transfer, MOMMIE DEAREST is presented in a limited-edition Blu-ray Disc™ with collectible packaging featuring a foldout image of the film’s theatrical poster and an interior spread with key movie moments.  The Blu-ray includes a new Filmmaker Focus with biographer Justin Bozung on the film and its director Frank Perry, a new audio commentary with American drag queen Hedda Lettuce, access to a Digital copy of the film, as well as previously released bonus content.  Special features are detailed below:

Based on Christina Crawford’s controversial best-selling tell-all novel, MOMMMIE DEAREST features a powerhouse performance by Faye Dunaway as Joan Crawford, struggling for her career while battling the inner demons of her private life. While the public Crawford was a strong-willed, glamorous object of admiration, behind the scenes is a private Crawford—the woman desperate to be a single mother and trying to survive in a devastating industry that swallows careers thoughtlessly.