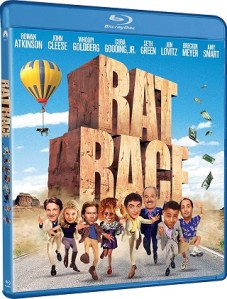 The 2001 comedy “Rat Race” is coming to Blu-ray Disc on June 1st via Paramount Home Entertainment. The film, directed by Jerry Zucker, co-starred Rowan Atkinson, John Cleese, Cuba Gooding Jr., Whoopi Goldberg, Seth Green, Jon Lovitz, Breckin Meyer, and Amy Smart. The tech specs for the Blu-ray have not yet been detailed, nor have bonus materials [if any are] set to be included on the release but stay tuned for an update. You can find the Blu-ray now available for preorder over at Amazon.