Pixar’s “Up” comes to 4K UHD Blu-ray in March 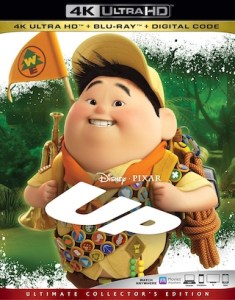 The 2009 Pixar computer-animated film “Up“ is coming to 4K UHD Blu-ray on March 3rd, via Disney, it seems according to retail alerts. The film, co-directed by Pete Docter & Bob Peterson, featured the voice talents of Edward Asner, Jordan Nagai, John Ratzenberger, Delroy Lindo, and Christopher Plummer. Tech specs for the 4K and bonus materials for the release have not yet been detailed but stay tuned for a possible update. It’s very likely the release will come with the HDR10 form of High Dynamic Range and Dolby Atmos sound – but that’s just speculation based on previous releases. The release will come in the form of a “combo pack” with the Blu-ray Disc counterparts (two discs) included as well as a digital code (copy) of the film. You can find the 4K UHD Blu-ray now is available for preorder over at Amazon and Best Buy. Lastly, it’s worth certainly mentioning that retailer Best Buy will be getting an exclusive 4K UHD Blu-ray SteelBook release of the film (pictured below), which is now available for preorder. 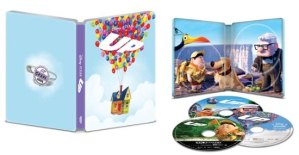