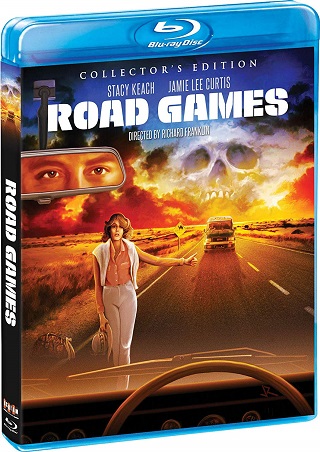 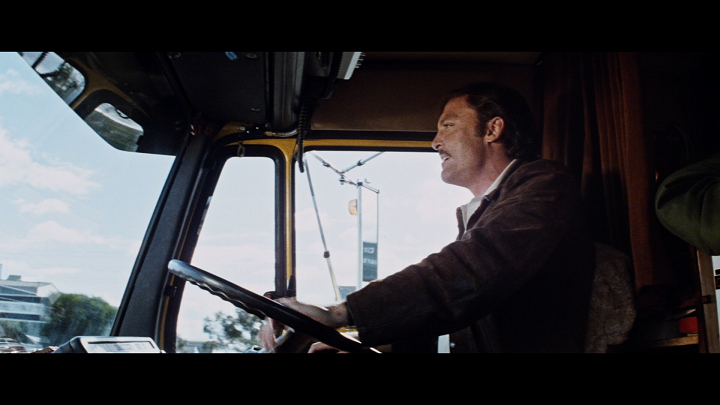 The plot to this film is very simple and I’m going to really be brief here to avoid dishing out what anyone would consider being “spoilers” for it. That all said, this involves an American truck driver, named “Pat Quid” (Stacy Keach) living in Australia that manages to see something that he thinks maybe he shouldn’t have. That leads him to follow a man he believes to be a serial killer. Along with his dingo traveling companion, Pat Quid will chase the suspected killer across the highways of Australia.

There will be some other characters that Quid will meet on his truck driving travels like a girl he refers to as “Hitch” (Jamie Lee Curtis) that he tells about the killer. Let’s just leave my description of the plot here at that. I’d like to end by saying that this is a bit of an underrated film that holds up solid to the test of time with its obvious similarities to Alfred Hitchcock’s film Rear Window (1954) that played as some inspiration. Lastly, it should truly be noted that Road Games offers up a nice leading role performance from actor Stacy Keach as well as a memorable supporting performance from actress Jamie Lee Curtis. This movie sure seems to have impressed some folks at Universal enough to land this film’s director [Richard Franklin] the gig of directing the sequel to one of Hitchcock’s most memorable films, with Psycho II (1983) just a few years later. 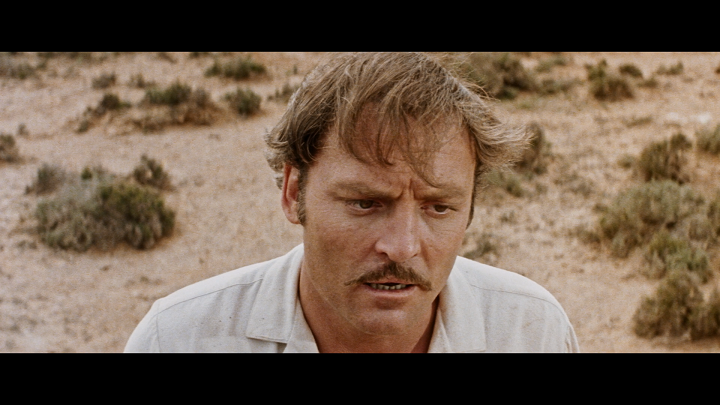 “Road Games” is presented in the 2.35:1 aspect ratio, just as it was originally shown during its original 1981 theatrical run. This was shot on 35mm film using Panavision cameras and anamorphic Panavision lenses – according to IMDb.

Admittedly, this comes with a soft visual appearance here in HD (high def) and that’s something fairly common to lower budget early Eighties films. Still, this comes with some rather impressive detail that you could never ever find on a 480i/p DVD presentation of the film. The color palette, although slightly subdued (and in a warm tone) to set a visual style, can be a tad bit vibrant at times. The flesh tones appear to be accurate here and the black level is pretty close to solid throughout the film. There’s an appreciated amount of film grain left intact here that doesn’t get turned into compression block noise or such as you may have seen on the previous DVD release(s).

Overall, it’s nothing that will jump off the screen at you in terms of HD but it is a nice improvement and does the film visual justice, at least for now anyway. That being said, this did not receive any new transfer or restoration that the distributor (Shout! Factory) has noted. For the time being, fans should be happy with what I’d call a solid video presentation of the film in HD. Road Games [Collector’s Edition] on Blu-ray earns itself a 4 rating for video quality. 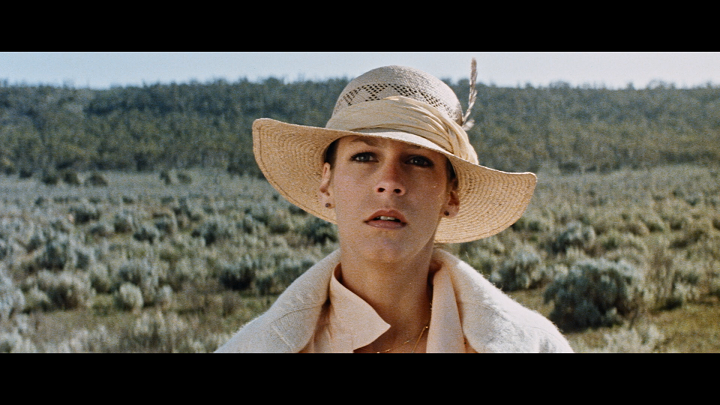 Let me start off by saying that the film has some very memorable and at times downright creepy original music that was composed by Brian May – not the one from the rock band Queen, but instead the Brian May who also composed the music to some very memorable Australian-made films like Mad Max (1979) and Road Warrior (1981). Now, with all of that out of the way about the music, I’m happy to report that in a Mono 2.0 configuration this manages to do the music justice. Dialogue, the most important of all, is delivered in a very distinct fashion all throughout the film. The sound effects and such come across rather decent for a 1981 film presented in Mono and do the trick for a suspense thriller such as this.

All and all, Road Games here, in its Collector’s Edition Blu-ray release, delivers a solid lossless 2.0 Mono sound presentation that is well worthy of a 4 rating for audio quality. 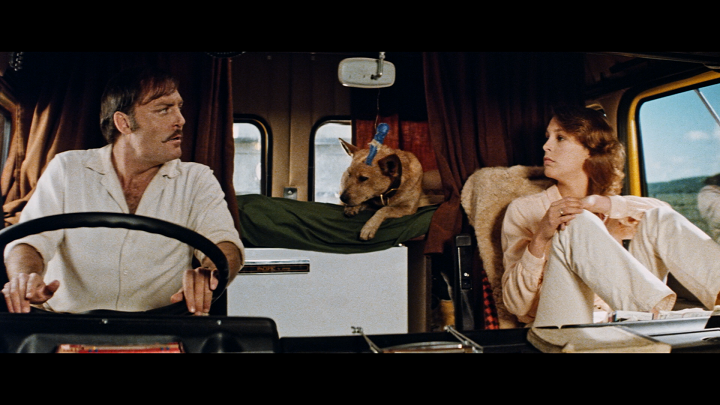 Bonus materials on this release, are presented in SD (standard definition) and HD video with Dolby Digital 2.0 Stereo sound and they include the following:

Overall the bonus materials here are very thorough, extremely lengthy, and just perfect for the film itself. In fact, the runtime here for the extras totals up to well over 444 minutes (not including the theatrical trailer) which is almost 7 and a half hours of bonus material. Then, you have those two new audio commentary tracks to factor in. That’s a lot of content!! This is the thorough treatment that you have come to expect from the folks at Shout! Factory (Scream Factory). Hats off to them here for yet another job extremely well done on extras. 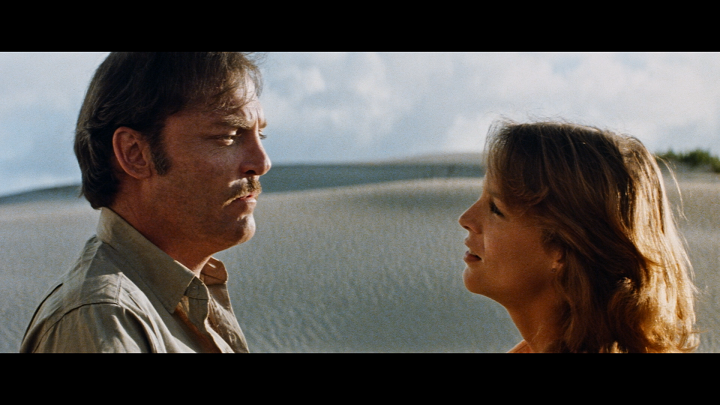 “Road Games” is a very unique and underrated (in my opinion) Hitchcock-like suspenseful thriller with a tiny touch of horror hinted at, along with a bit of drama and comedic elements that are thrown in for good measure. The performances here from Stacy Keach and briefly Jamie Lee Curtis are very good and prove to hold up to the test of time for a film now 38, going on 39, years in age.

Visually, Road Games comes to Blu-ray Disc in a pretty soft appearance here in HD (high def) but it does also come with a nice bit of detail all throughout and offers up a solid presentation for a 1981 Australian film made on a smaller budget. In terms of sound, it delivers a solid lossless 2.0 configuration Mono presentation that does the film justice.

Last, but surely not least here, you get well over 7 hours of bonus materials included in this Collector’s Edition Blu-ray Disc release of the film. Plus, there are the two new audio commentary tracks which will surely keep fans of the film busy and pleased with what all you get here.