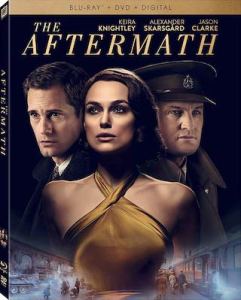 Love, Lust and Loss Explored in the Aftermath of World War II

THE AFTERMATH WHEN IT ARRIVES ON

Set in 1946, this engrossing drama follows Rachael Morgan (Keira Knightley), a British woman whose colonel husband (Jason Clarke) is charged with rebuilding war-ravaged Hamburg. When she joins him there during the bitter winter months, she learns they will be sharing their home with a German widower (Alexander Skarsgård) and his troubled daughter. Before long, the unusual arrangement intensifies political divides and stirs deep personal wounds. In this increasingly charged environment, enmity and grief give way to unexpected passion and betrayal.