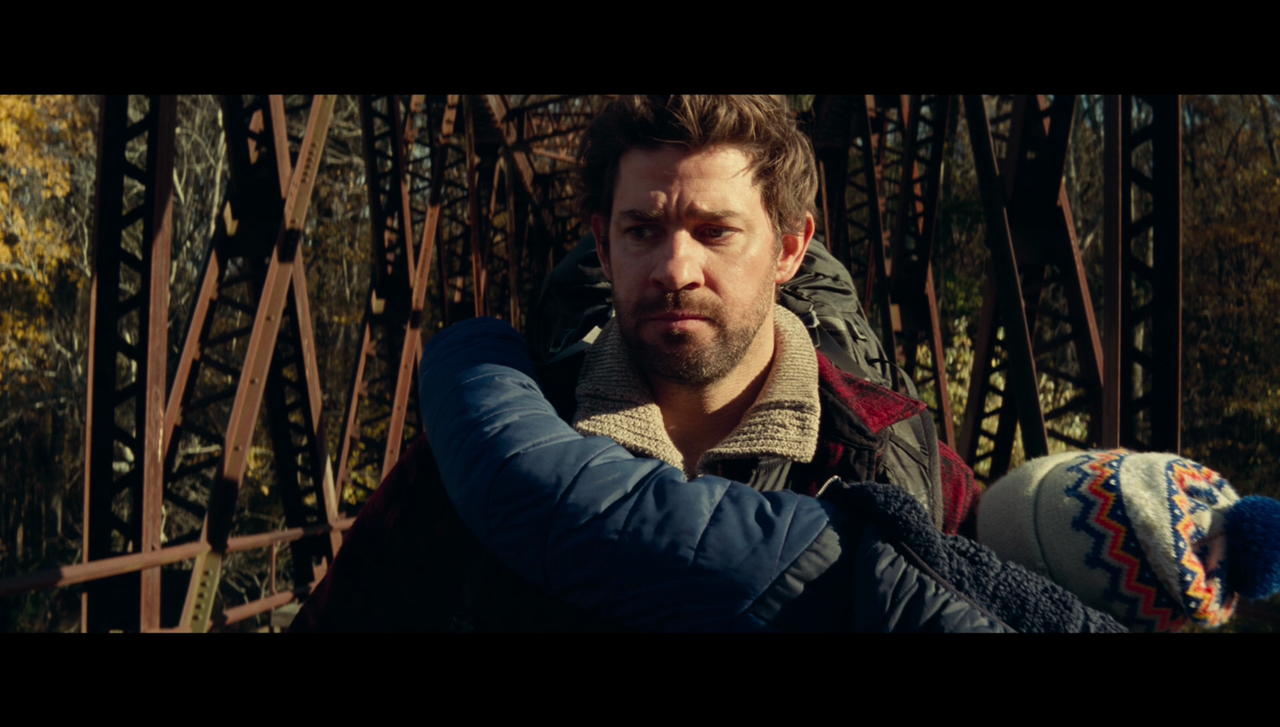 “A Quiet Place“, is what was billed as the directorial debut of John Krasinski (even though he actually directed another film before this one, 2016’s “The Hollars“). This film tells the story of a future where silence is golden. Let me explain that statement. A mysterious alien race has overtaken the planet, hunting on the silence of any and all creatures. If you make the utmost sound, they will come for you, racing and charging akin to that of a velociraptor.

We soon meet the Abbott family, husband Lee (John Krasinski), wife Evelyn (Emily Blunt) and children, deaf daughter Regan, and sons Marcus and Beau. In hopes of finding any remaining supplies, the family heads into a nearby town. Due to how these creatures hunt their prey, as well as a manner in which to communicate with Regan, the Abbott’s have learned American Sign Language, which plays an important role in the film. Its here that Beau discovers a small rocket ship, almost activating the toy, before Lee swiftly takes the toy away, explaining to his young child that they must not make any noise. Regan returns the toy to Beau, who mistakenly activates the toy on the bridge back to their home. In one of the rare, ever so slight glimpse of the creature, Beau is quickly killed. Without giving away too much of the plot, I’ll easily say that “A Quiet Place” is an effective, chilling thriller, one of the more original horror efforts in years.

– Synopsis above written by Brendan Surpless –

I [Justin Sluss] have to completely agree with my co-writer about this film. It is downright one of the best films in the horror genre that I have seen in a very, very long time. It’s unique and unlike any other film that I have seen. This film is going to be one I know I’ll be going back and watching over and over, through numerous viewings. It’s a new modern classic of sorts, to me. It is definitely worth noting (as the sticker on the packaging touts) that this film is “Certified Fresh” over at Rotten Tomatoes with a extremely impressive 95% on the “tomatometer” there. Critics were very receptive and appreciative of this film. I feel it also worth noting that it even includes an impressive metascore over at IMDb based on critic reviews. 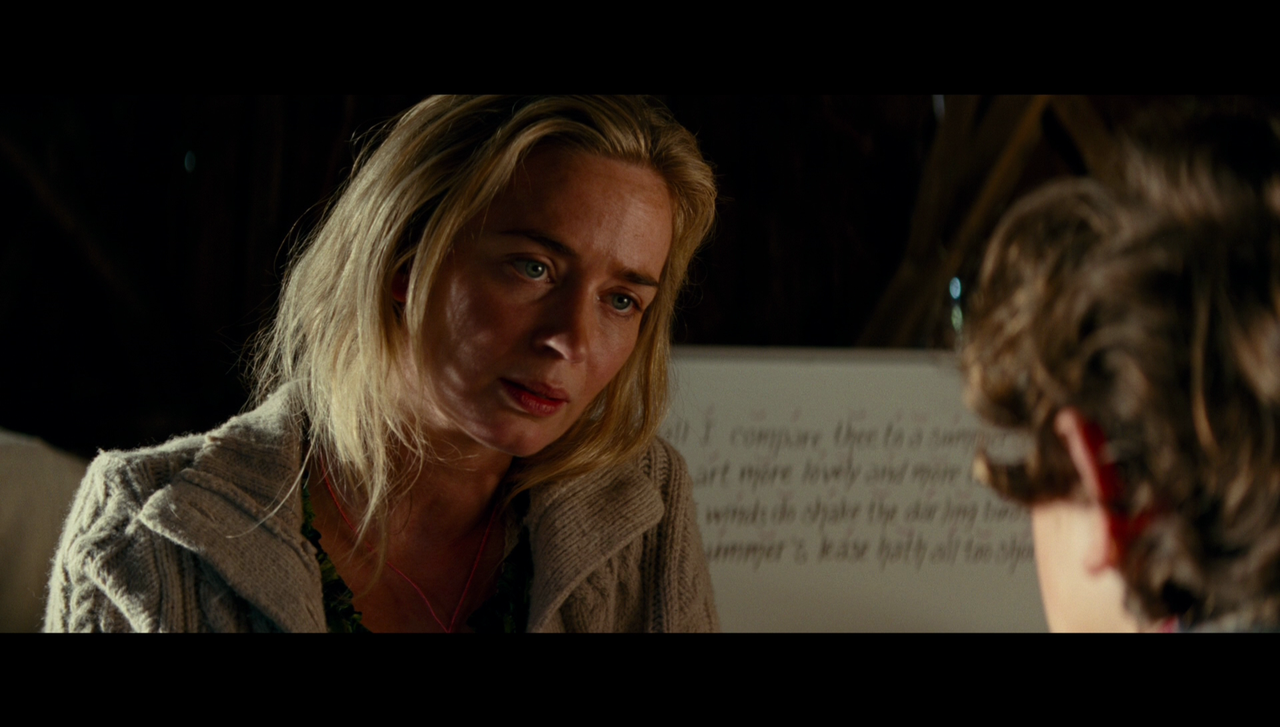 According to the technical specifications listing on IMDb, this was shot on both Super 35MM and 35MM film, using Arriflex 235, Arriflex 35 IIC, and Panavision Panaflex Millennium XL cameras. The film sources were mastered in 2K via a digital intermediate, meaning that this is being up-converted to full 4K resolution. This 4K release features both varieties of High Dynamic Range formats: HDR10 and Dolby Vision. Now, with the really technical stuff out of the way, let’s get on to discussing the video quality here on this 4K release.

There’s a nice healthy amount of film grain visible here, in some scenes more-so than in others – because of the 35MM and Super 35MM sources. The detail here is very impressive, especially with a 4K presentation. The color palette while a tad bit subdued to set a visual style can also pop with vibrance at times. The colors of clothing and outside foliage benefit heavily from the addition of HDR (High Dynamic Range). Fleshtones are accurate and also benefit a tad bit from the addition of HDR versus comparison to the Blu-ray (included). The black level is perfectly solid here throughout and makes the darker scenes even more frightening. This has the visual style you would expect from a film in the horror genre, but also has some amazing cinematography as well. Some of the shots are just downright breathtaking here, especially in 4K.

Overall, there’s nothing at all to complain about here in this visual 4K presentation, just a whole lot to be impressed by. This proves to be absolutely reference material at times for the type of very unique film, that it truly is. I feel this is an amazing job well done here, by the filmmakers and by Paramount, in bringing this to 4K. 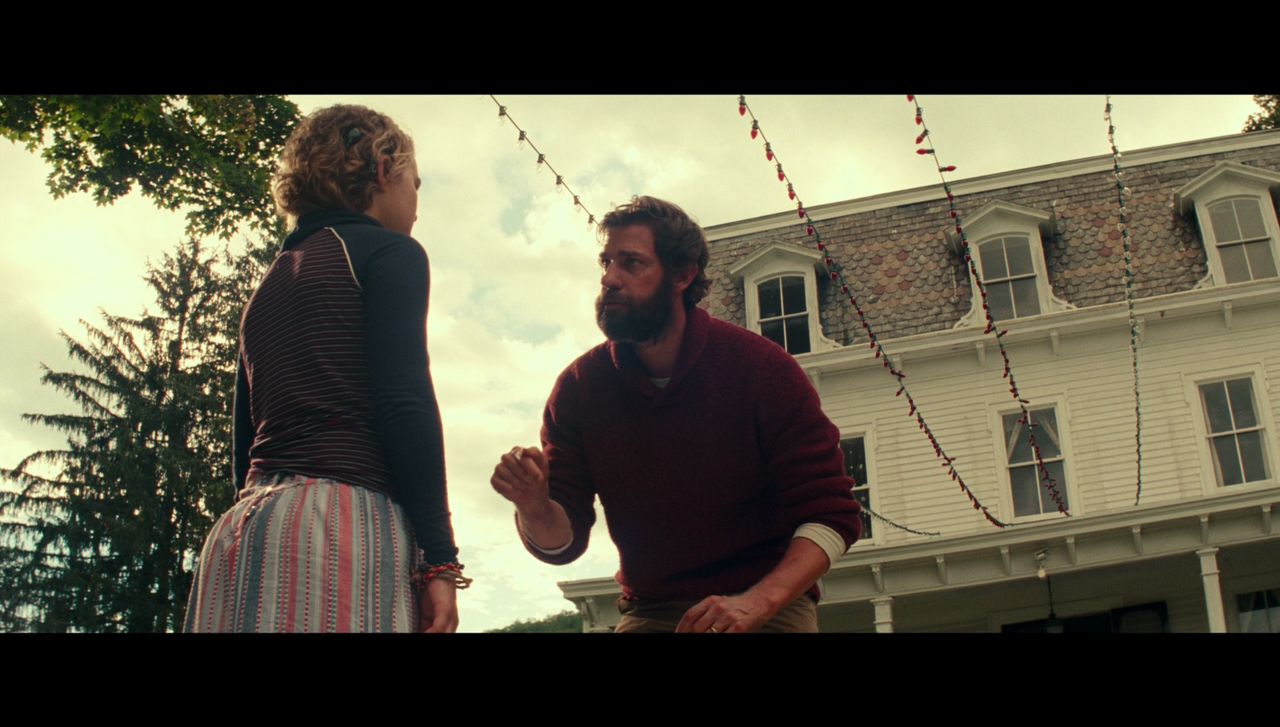 Audio on this 4K UHD Blu-ray release is presented in Dolby Atmos. The Atmos mix starts out very loud during the opening Paramount and production company logos. Something you’d expect from a project Michael Bay was involved in (as Producer). By loud, I mean one pretty intense bass drop you’ll feel via the subwoofer.

After the initial opening studio credit sequences we are presented in an abandoned town, almost a “ghost town” type vibe is given, and we soon find ourselves inside of an abounded pharmacy. As my co-writer mentioned above (in the Movie section) this film and its plot rely heavily on how key silence is in this fictional world. That means you’ll hear the sounds primarily in quieter scenes of our characters sneaking around, at times tip-toeing. As much as you’d expect that not to translate over well to an atmospheric surround mix. Needless to say: it does, in its own subtle way, with a slight amount of use of the height speakers to set the vibe of the environment even more-so than just the use of the rear channel surrounds. This continues on throughout the film.

Time out for a second here. You know this Atmos mix, it really is like a Pixies song. It’s quiet and really pulls you in with subject matter, and then it gets loud, leaving you thrilled, then it’s quiet, yet still so very awesome, and boom, it’s  loud all over again and excellent. That’s a good thing for those not into music history or the music of that group. It’s just a good metaphor to use, because it’s one used to describe a good song. This mix is as impressive as a really well put together song (in this case film). That is my point. Plus, music and sound go hand-and-hand. So, I figured the analogy would be worth using.

Now back to a normal review style for audio quality. Just as solid as a good song (here in the form of a score for a film), composer Marco Beltrami delivers an absolute brilliant musical score that is sure to leave you utterly captivated by its own distinct nature, especially in this Atmos mix. Beltrami’s score mixed into the Atmos, and using the height speakers, helps to leave you [the viewer] feeling all that more involved with the story that the film delivers to you throughout.  It is mixed perfectly in this Atmos mix, with wonderful use of the rear channels at times. Height speakers are also used nicely for the sound effects and other atmospheric type situations. It’s enough to leave you literally on the edge of your seat throughout the film, especially upon your first viewing.

This Dolby Atmos mix is jam-packed full of “demo material” action sequences that are downright startling, especially when given the height channels to use for sound effects. In terms of audio, you are going to be very happy with this even if you just experience it in the Dolby TrueHD core (via a 7.1 or 5.1 configuration). It’s just downright excellent. It’s a tad ironic that a film called “A Quiet Place” proves to be a bit louder at times than you’d expect from the title. 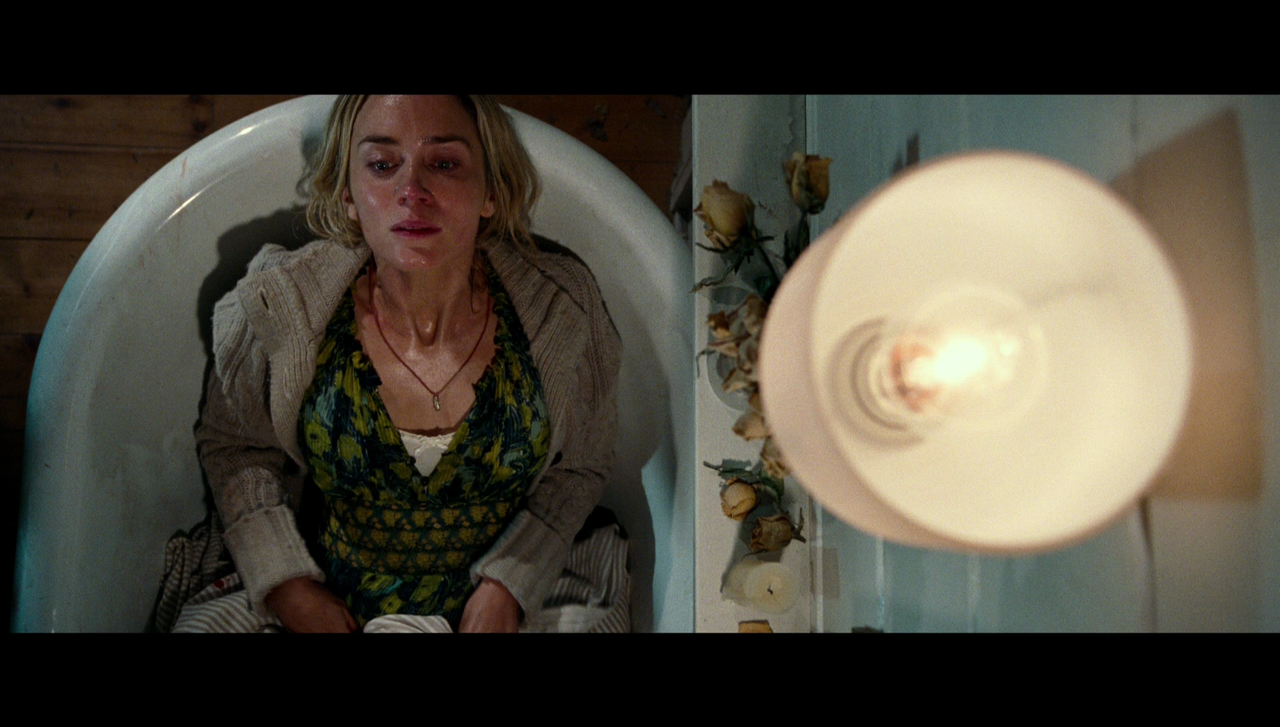 Bonus Materials are not on the 4K UHD Blu-ray Disc, but instead are included on the Blu-ray Disc in the “Extras” section. They are comprised of the following:

Overall, the bonus materials here definitely prove to be informative, entertaining, and such. It’s just they aren’t as lengthy as I would have expected. That being said, though, I believe you will be happy with what you get to learn about the film and how it came to be, and all in the 34 minutes (or so) of featurettes included. I really wish that John Krasinski would have sat down and recorded an audio commentary for this. However, maybe he was keeping with the whole “quiet” motif here. Regardless, joking aside, this is an alright set of supplemental material to the film. Plus, there is a Blu-ray Disc and Digital Copy of the film included. So, that’s where the rating comes from.

“A Quiet Place” proves to be a very impressive film, first off. I was left truly thinking this was remarkable after viewing it, both as a film and also as a 4K UHD Blu-ray release (from the folks at Paramount). They [Paramount] have really put together one impressive release here that I can easily classify as both reference material visually and “demo material” in terms of audio. This release, on 4K, comes as Highly Recommended. 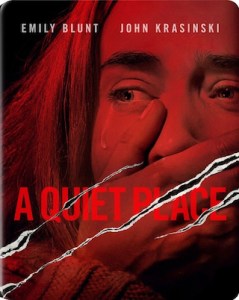