Doctor Strange in the Multiverse of Madness 4K and Blu-ray 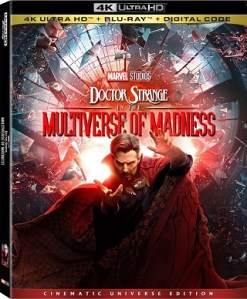 Tech specs for the 4K UHD Blu-ray include a 2160p video presentation in the 2.39:1 aspect ratio with HDR10 form of high dynamic range and Dolby Atmos sound.  The tech specs for the Blu-ray include a 1080p HD video presentation in a 2.39:1 aspect ratio with DTS-HD Master Audio 7.1 lossless surround sound.  The 4K UHD Blu-ray release will include its Blu-ray counterpart and both will come with a digital code (copy) of the film. 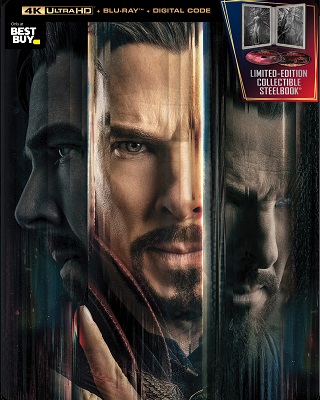 UPDATES:  It turns out that retailer Target will also be getting an exclusive 4K UHD Blu-ray Art Edition of the film (pictured below) which is now available for preorder. 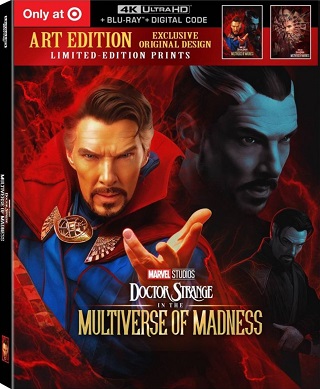 And, as if that weren’t enough choices, there’s also going to be a retailer exclusive over at Walmart for a 4K UHD Blu-ray with Limited-Edition Enamel Pin (pictured below).  That’s available for preorder as well. 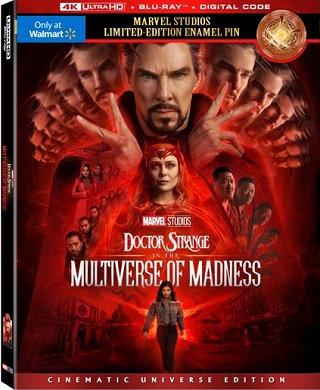 Further below, after the break, you can find the trailer for the film and the full announcement about the upcoming home video releases.

END_OF_DOCUMENT_TOKEN_TO_BE_REPLACED 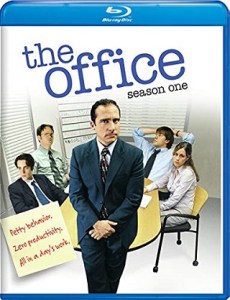 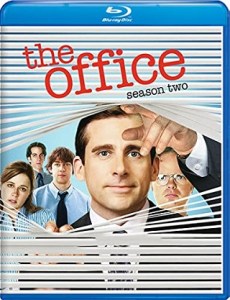 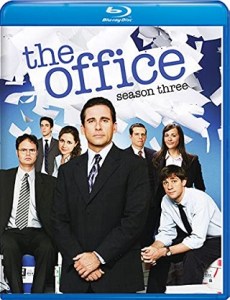 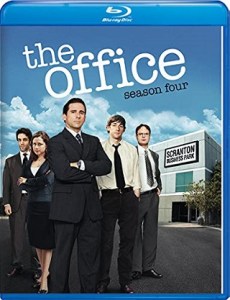 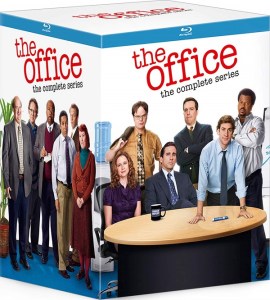 The 2018 film “A Quiet Place” will be getting a 4K UHD Blu-ray Mondo X SteelBook release on March 10th via Paramount.  This re-release is timed with the film’s upcoming 2020 sequel (“A Quiet Place Part II“), releasing theatrically later that month. This film was directed by John Krasinski, who starred in the film, and it co-starred Emily Blunt, Millicent Simmonds, Noah Jupe, and Cade Woodward. Tech specs will be identical to the previously released 4K UHD Blu-ray with 2160p video in the 2.39:1 aspect ratio with HDR10 and Dolby Vision forms of High Dynamic Range and Dolby Atmos sound. The 4K UHD Blu-ray Mondo X SteelBook is now available for preorder over at Amazon and at retailer Best Buy. Bonus materials set to be included on the release, identical to the previous 4K release, are listed below.

Further below, after the break, you can find the full announcement regarding this upcoming release of the film on 4K UHD Blu-ray in the SteelBook designed by Mondo X.

END_OF_DOCUMENT_TOKEN_TO_BE_REPLACED 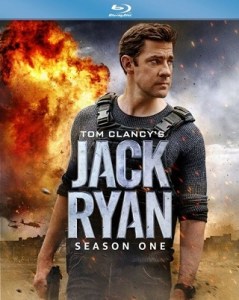 END_OF_DOCUMENT_TOKEN_TO_BE_REPLACED

Bonus materials set to be included on the release, which will be housed on the Blu-ray Disc for both versions, are listed below: