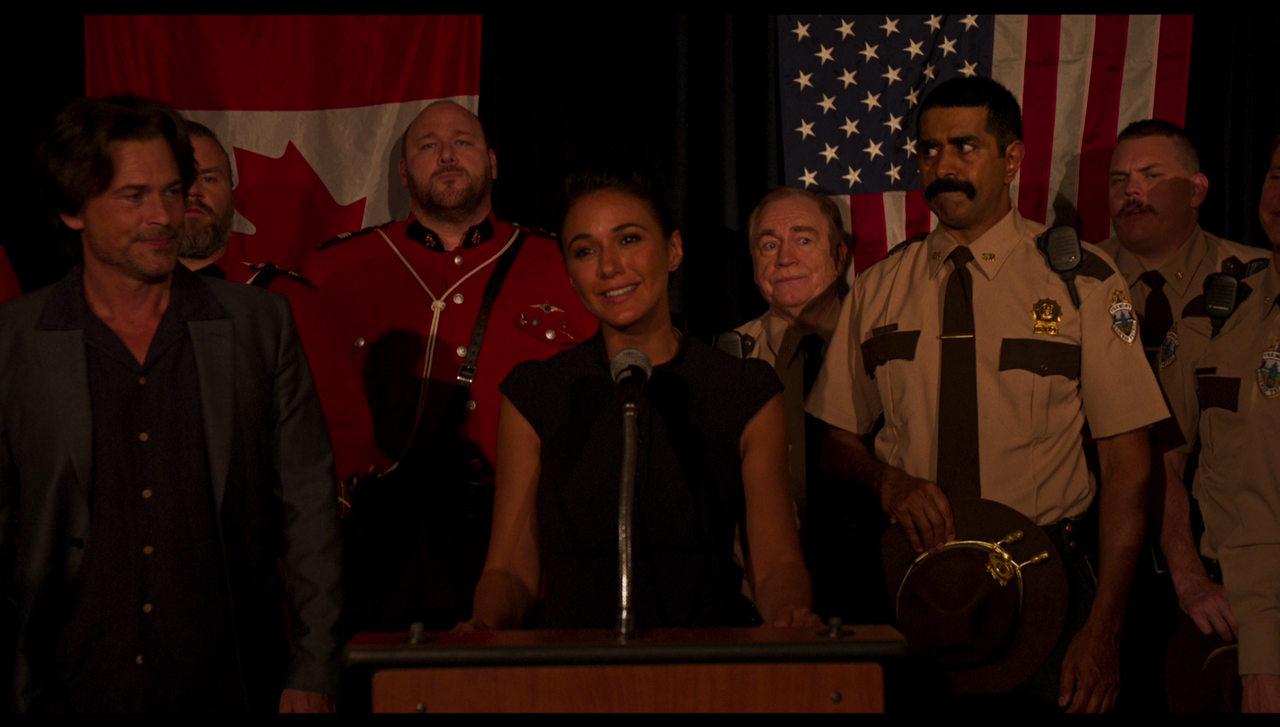 “Super Troopers 2” is the sequel to the comedy classic “Super Troopers” from 2001. The sequel was the result of an Indiegogo fundraising campaign, that ended up raising 4.6 million dollars total, just on there alone. It’s estimated (via IMDb) that the film would later receive further funding and have a total budget of around 13.5 million dollars. That may not sound like a lot by today’s standards, but to put that into perspective: the first film was reportedly done on just a 1.2 million dollar budget. No joke.

This time around the plot involves our Vermont Highway Patrolmen and their captain trying to once again fight some crime, and managing to have a shit load of shenanigans along the way. This time though, they’ve been tasked with covering a new part of Vermont, one that didn’t actually used to be part of the state – let alone in their country. Through some new changes we find out that an actual part of Canada is part of the state of Vermont. So, it’s up to our guys to go up North and make friendly with the locals, and of the Canadian Mountie type.

This sequel proves to be pretty damn funny, and was funded by the fans, therefore essentially made by the fans, for the fans. Some fans of the original (first) film may not find it to be as funny, sure, but it’s downright hilarious if you ask me, and if you’re reading this: you kind of did. All around great performances from everyone here, especially the boys in Broken Lizard – showing that they certainly still have it all these seventeen years later. 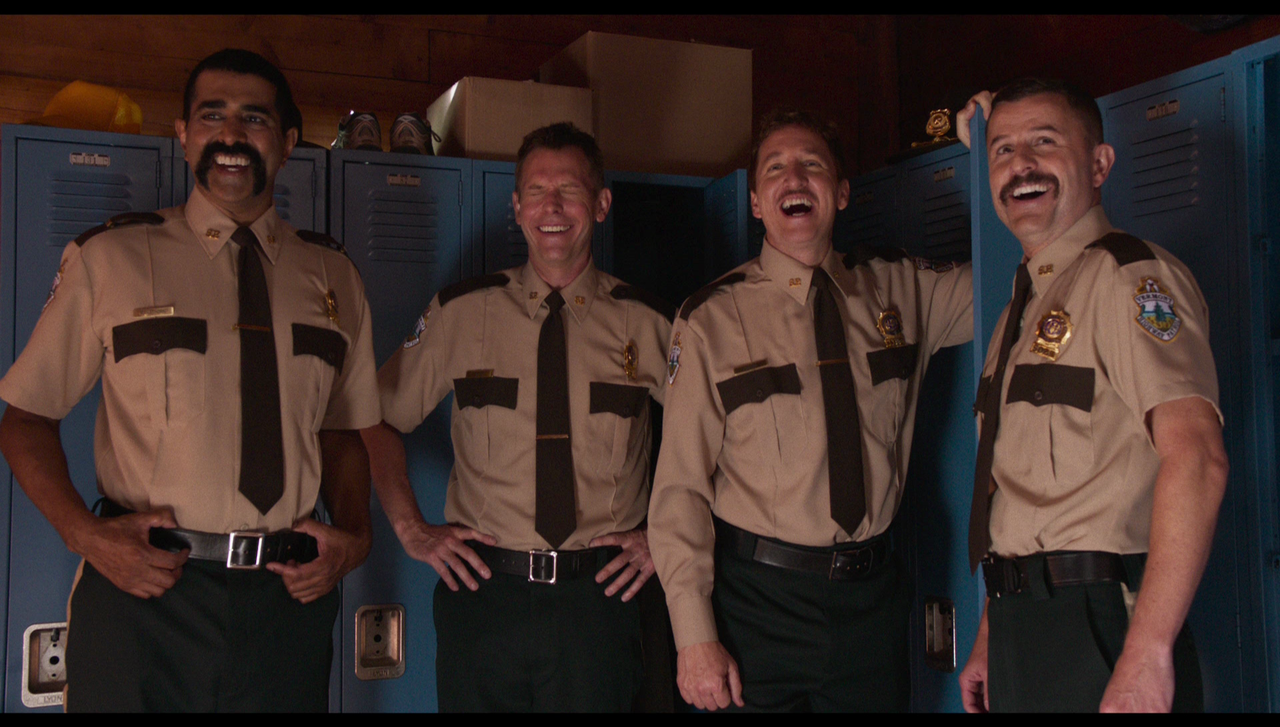 According to the technical specifications on IMDb “Super Troopers 2” was shot digitally on the Arri Alexa High Speed camera in 2.8K resolution. This comes to Blu-ray looking impressive with sharp detail as you’ll notice from the very start of the film. I remember seeing this during its theatrical debut, in what was honestly not the best quality theater, yet even then I was still wowed by the amount of detail. I couldn’t help but thinking, while watching it theatrically, that this would make a nice Blu-ray. I was right on that, I sure believe.

Some of the darker scenes show a bit of naturally occurring digital noise from occasionally low lighting conditions, early on in the film mostly. It’s nothing too bothersome but noticeable to a videophile. The color palette is rich and vibrant here, with accurate fleshtones. Black level seems solid for the most part. There’s a good amount of detail to be found in this digitally shot visual presentation, sharp and crisp. It’s by no means reference material, but it does certainly does a comedy more than justice. This has its impressive moments in terms of high definition. The mustaches look great, and that’s all that really matters. Face it! 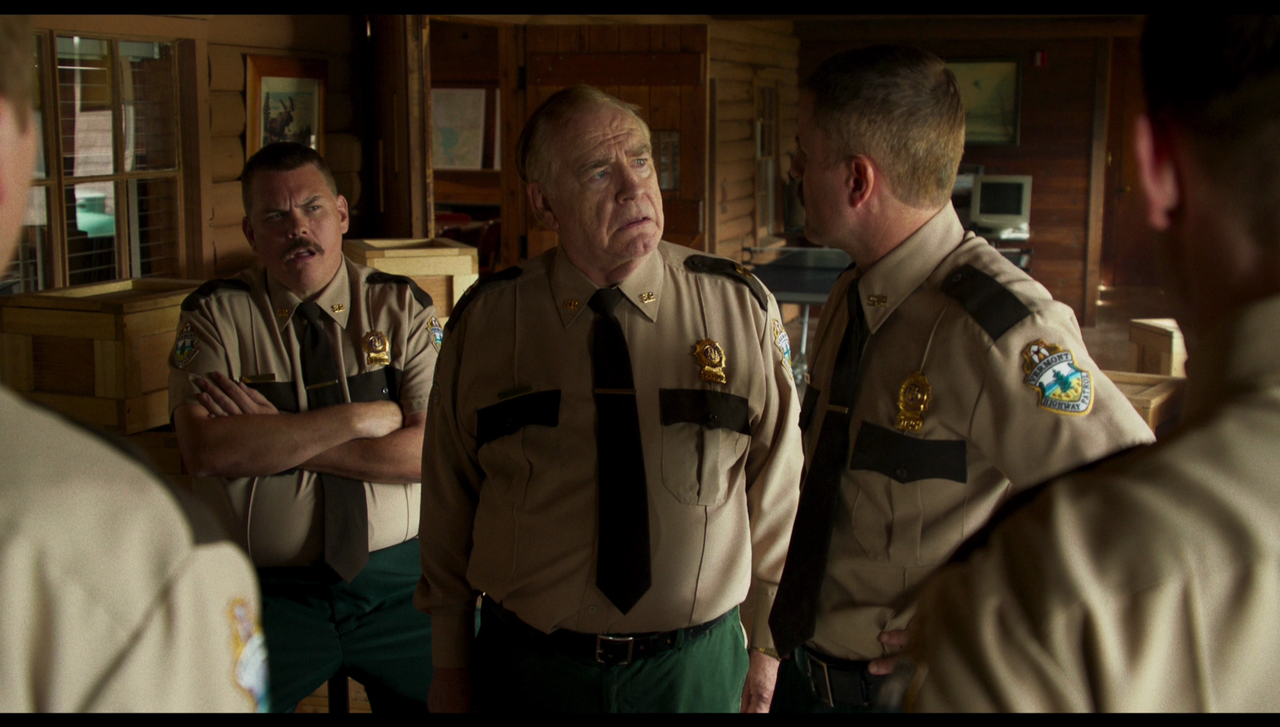 Audio here is presented in DTS-HD 5.1 Master Audio. Once again, like the first film, we get lossless 5.1 in the very same audio format as we did on the original Blu-ray. The film during its theatrical run didn’t receive any extravagant audio mix, but it was definitely enough to get the job done. Here, in its debut to Blu-ray, you get an audio mix up to par with that of the theatrical audio experience.

The mix starts up with a nice amount of rear channel use, and of LFE, thanks to the music during the opening sequence. Dialogue is spot on and driven primarily from the front center channel speaker. The bit of action the film has makes some nice benefit of a lossless 5.1 mix. It’s an overall solid mix for a comedy, mostly driven by dialogue at times. Overall this is a solid audio presentation and there’s nothing to complain about. It almost sounds as groovy as cracklin’ bacon. There’s a few moments in this 5.1 mix that the subwoofer will leave your room getting a tad bit of a shake. 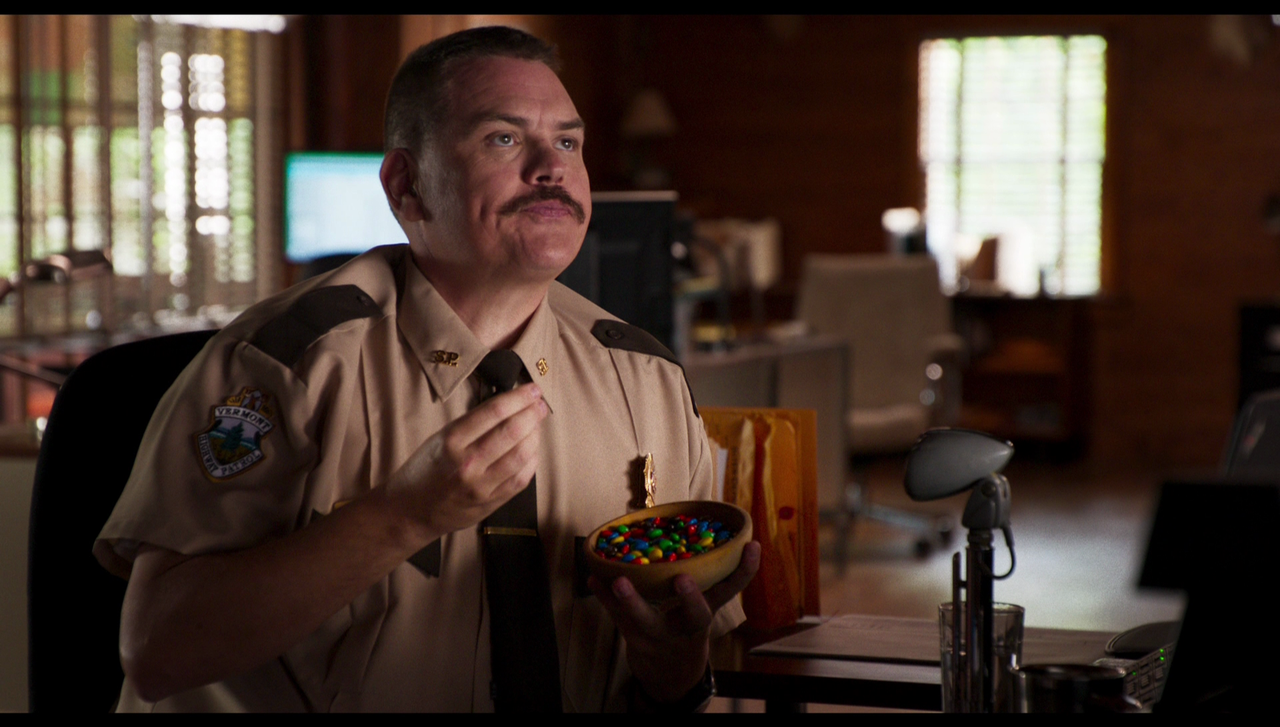 Overall, the bonus materials here prove to be entertaining, informative, and most importantly funny. You get roughly an hour of supplemental material in the form of the “making of” featurette, the “extended & deleted scenes,” an actor focused featurette, and the two trailers for the film. Plus you get a Digital Copy and DVD of the film. Not too damn shabby. Sure, there’s no PIP (Picture-In-Picture) track this time around like the first film got on its Blu-ray Disc debut, but it’s enough. I would however have enjoyed an audio commentary from the Broken Lizard guys. That would have been nice.

Having seen this on 4/20 during its theatrical premiere, I was even thinking then (in the theater) that this would make a nice Blu-ray release. Needless to say, I was right. The presentation in terms of both of visually and in sounds proves pretty impressive. The film is funny like the original, while some may argue not as funny as the original. Keep in mind that this film was funded by the fans, and essentially made by the Broken Lizard guys with the money fans and other backers put together originally in an Indiegogo fundraising campaign. If you don’t know about that you might want to read into it before being too critical on the film itself. It’s meow available on Blu-ray.