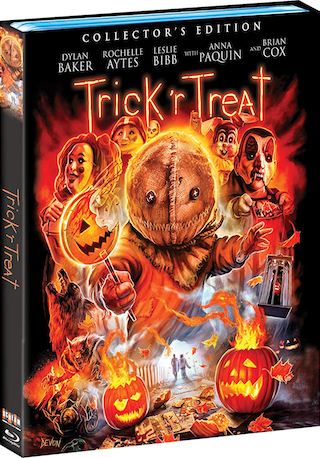 END_OF_DOCUMENT_TOKEN_TO_BE_REPLACED

As I had previously reported as a “rumor,” Fox Home Entertainment officially plans to bring the 2018 Broken Lizard film “Super Troopers 2” to Blu-ray Disc on July 17th. The tech specs for the release include full 1080p HD video in the 1.85:1 aspect ratio and DTS-HD 5.1 Master Audio sound. The release will come in the form of a “combo pack” with a DVD and Digital Copy of the film included. The Blu-ray is available for PRE-ORDER over at Amazon. Bonus materials set to be included on the release are listed below.

END_OF_DOCUMENT_TOKEN_TO_BE_REPLACED

RUMOR: “Super Troopers 2” is coming to Blu-ray Disc in July

UPDATE: Amazon has posted what would seem to be the official cover art, pictured above, on the PRE-ORDER page.

According to an early alert to retailers it would seem that Fox plans to bring the 2018 Broken Lizard film “Super Troopers 2” to Blu-ray Disc on July 17th. This comes from the pre-order listing over on Best Buy. The title is also available for PRE-ORDER over at Amazon, which now features the same release date. CONFIRMED!

No word yet regarding tech specs or bonus material, just that it will be a “combo pack” – including both Blu-ray Disc, DVD as well as a Digital Copy of the film. Also, sadly it would appear there are NO plans for a 4K UHD Blu-ray release of the film, as it was shot at only 2.8K resolution, plus it didn’t do too well at the box office or with critics. On that note though, I personally, I actually saw the film and liked it.

Also the boys have posted a video promoting the release, discussing what all it will feature in terms of bonus materials. The video can be found below (after the break), via Twitter.