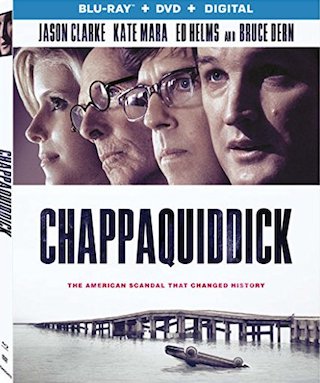 “Exactly what you want it to be: tense, scrupulous, absorbingly precise.

It sears you with its relevance.”

THE TRUTH. THE WHOLE TRUTH.

The American Scandal Comes to Digital July 3 and

Blu-ray™ Combo Pack and DVD on July 10 from Lionsgate

This suspenseful historical thriller examines the infamous 1969 death of Mary Jo Kopechne, who drowned after Senator Ted Kennedy drove off a bridge on Chappaquiddick Island, and the moral and legal complexities that play out over the following week.

Take home Chappaquiddick and explore the process of recreating history on film through candid interviews with the filmmakers and cast in two featurettes exclusive to the home entertainment release. Rotten Tomatoes Certified Fresh™, Chappaquiddick will be available on Blu-ray™ Combo Pack and DVD for the suggested retail price of $39.99 and $29.95, respectively.