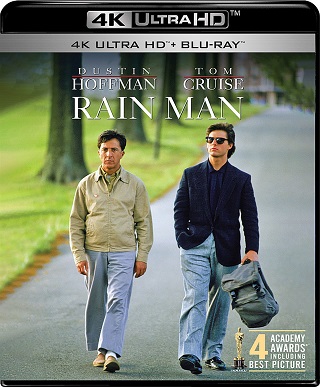 The movie has received a “master created and provided by MGM was scanned in 4K from the original camera negative and was approved by director Barry Levinson,” according to the press materials.  Tech specs for the release include a 2160p video presentation in the 1.85:1 aspect ratio, apparently without any form of HDR (high dynamic range), with lossless DTS-HD Master Audio 5.1 surround sound.  This release will come in the form of a “combo pack” meaning that it will include a Blu-ray Disc counterpart in 1080p HD from the same master, also with lossless 5.1 surround sound.

You can find the 4K UHD Blu-ray available for preorder now over at online retailer DiabolikDVD.  Stay tuned for an update when it becomes available over at Best Buy.  NOTE:  Only the first pressings will include a slipcover.  The bonus materials set to be included with the release are listed below according to each disc.