1975 film Rollerball is coming to 4K in November 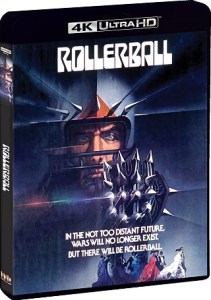 The tech specs for the release have not yet been detailed but you can expect a 2160p video presentation in the 1.85:1 aspect ratio with presumably [at least] HDR10 form of high dynamic range.  No specifics, again on tech specs, but I’d say this will include lossless audio for sure, likely in 5.1 and 2.0 configurations.  It’s already known, and most worth certainly noting, that this will be a 4K UHD Blu-ray Disc release only, with no Blu-ray included.