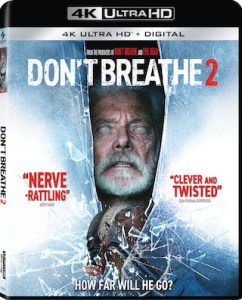 “AS GOOD AS THE ORIGINAL” -FORBES

SPECIAL FEATURES INCLUDE A NEVER-BEFORE-SEEN ALTERNATE ENDING, COMMENTARIES WITH FILMMAKERS AND MORE!