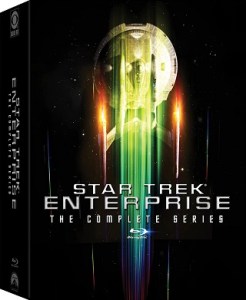 Tech specs should, judging from previous releases, include 1080p HD video in the 1.78:1 aspect ratio and DTS-HD Master Audio 5.1 lossless surround sound for each season, spanning across a 24-disc set. You can find the Blu-ray set now available for preorder over at Amazon. There’s no official word yet on what all bonus materials you can expect, but I’d say you can expect all of the previous extras ported over or just repackaged. Stay tuned, again, for more details about this release as I get them. NOTE: All four seasons of the show have previously been individually released on the Blu-ray Disc format, so this set is technically a re-release.