Resident Alien Season One on Blu-ray in September 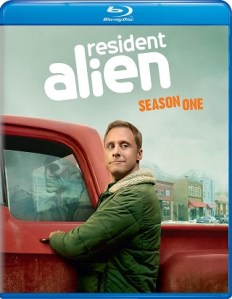 The tech specs for the Blu-ray set for the first season include a 1080p HD video presentation in the 1.78:1 aspect ratio and DTS-HD master Audio 5.1 lossless surround sound. You can now find the Blu-ray available for preorder over at Amazon. It would appear that no bonus materials will be included with this release.