1986 film One Crazy Summer comes to Blu-ray in August 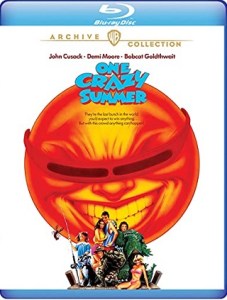 The 1986 film “One Crazy Summer“ starring John Cusack is coming to Blu-ray Disc for the very first time on August 10th via Warner Archive. The film, written & directed by Savage Steve Holland, co-starred Demi Moore, Linda Warren, Joel Murray, Curtis Armstrong, Tom Villard, and Bobcat Goldthwait. The tech specs for the Blu-ray release have not yet been detailed, nor have bonus materials but perhaps stay tuned for an update on that. You can now find the Blu-ray listed for preorder over at Amazon.