1982 film The Beastmaster gets a standard 4K release 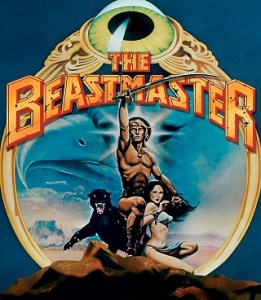 The cult-classic 1982 film “The Beastmaster“ will be getting a standard 4K UHD Blu-ray release on July 27th via Vinegar Syndrome. The film has previously been released by Vinegar Syndrome as an exclusive on the 4K format directly on their website, but now will be available via other retailers in a standard form of packaging. The film, directed and co-written by Don Coscarelli and based on the novel of the same title, starred Marc Singer, Tanya Roberts, Rip Torn, John Amos, Rod Loomis, Ben Hammer, and Billy Jayne.

The film has received a new 4K scan and restoration from the original 35mm interpositive negative. Tech specs for the 4K include a 2160p video presentation in the 1.85:1 aspect ratio with HDR10 form of high dynamic range and both the original Stereo 2.0 and 5.1 surround lossless sound mixes. The release will come in the form of a “combo pack” meaning that it will come with its Blu-ray Disc counterpart in 1080p HD with the same audio mixes. You can now find the 4K UHD Blu-ray / Blu-ray combo pack standard release available for preorder over at Amazon.

This version is not to be confused with Vinegar Syndrome’s previous exclusive 4K releases of the film and does not any of the physical extras that those did. I want to state that upfront. However, it will contain the following extras.