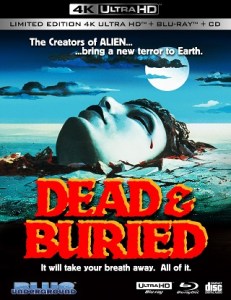 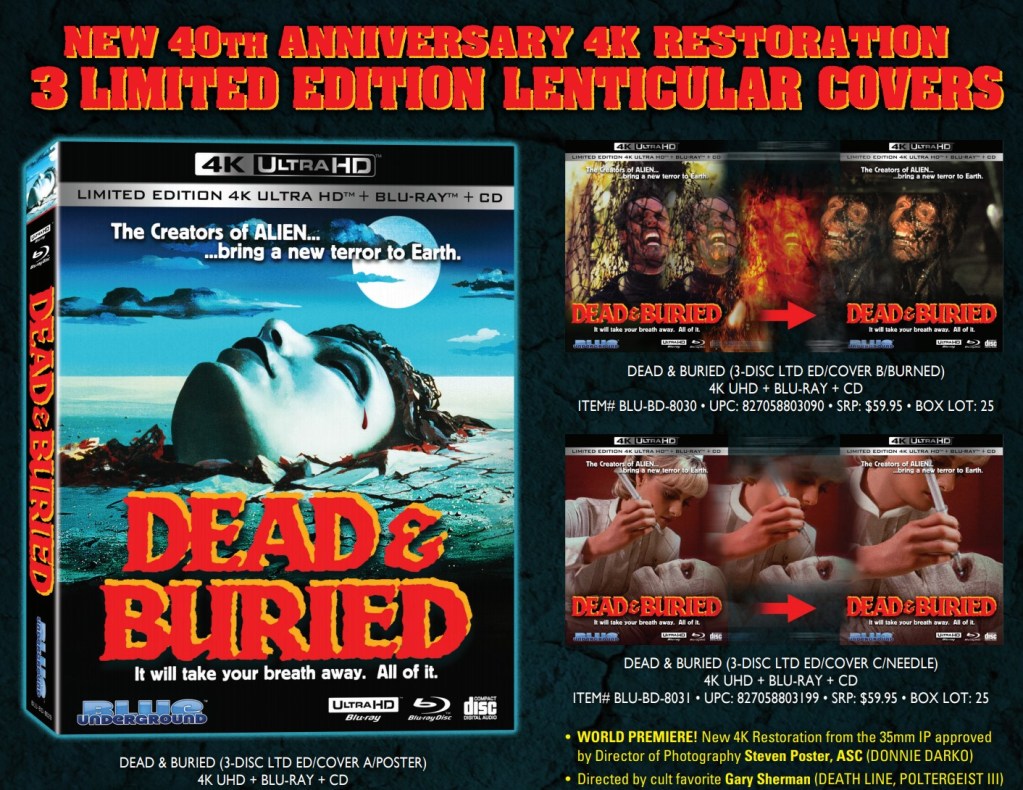 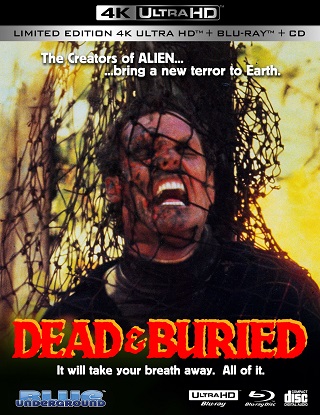 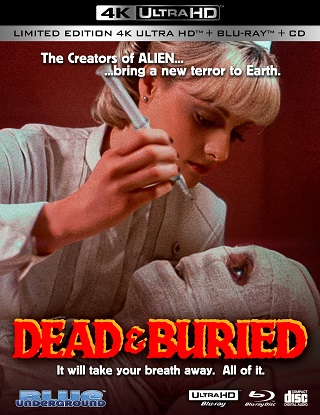 Synopsis
The Creators of ALIEN Bring A New Terror To Earth

Something very strange is happening in the quiet coastal village of Potters Bluff, where tourists and transients are warmly welcomed… then brutally murdered. But even more shocking is when these slain strangers suddenly reappear as normal, friendly citizens around town. Now the local sheriff (James Farentino of THE FINAL COUNTDOWN) and an eccentric mortician (Academy Award® winner Jack Albertson of WILLY WONKA & THE CHOCOLATE FACTORY) must uncover the horrific secret of a community where some terrifying traditions are alive and well… and no one is ever really DEAD & BURIED.