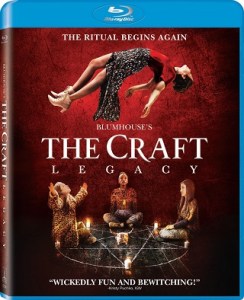 COMING TO BLU-RAY™ AND DVD DECEMBER 22

THE FILM IS AVAILABLE NOW ON DIGITAL AND ON DEMAND

In Blumhouse’s continuation of the cult hit The Craft, an eclectic foursome of aspiring teenage witches gets more than they bargained for as they lean into their newfound powers.

BONUS MATERIALS (ON BLU-RAY AND DVD)

Written and Directed By: Zoe Lister-Jones