“Sonic the Hedgehog” getting 4K SteelBook 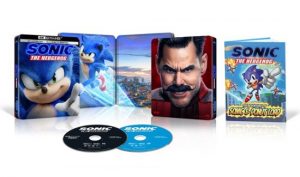 The 2020 film adaptation of “Sonic the Hedgehog” will be getting an exclusive SteelBook for the 4K UHD Blu-ray release and the final cover art (as seen above) seems to have been added over at retailer Best Buy. The preorder page previously had a placeholder image that was rather humorous, as seen HERE, and now we get that art. This SteelBook will, it appears, include a mini comic book featuring the original Sonic the Hedgehog (again, as seen above).

It’s as good as time as any to say that I believe that the film should likely be getting released on standard 4K UHD Blu-ray and Blu-ray sometime around if not specifically on May 19th. At this point though, take that as a RUMOR, as I’m going on basic retailer placement for it amongst other upcoming home video releases. There’s no info yet regarding the tech specs or bonus materials for the 4K or Blu-ray releases but it is known, from the artwork (pictured below) that they’ll come in the form of “combo pack” – meaning that the 4K will get its Blu-ray counterpart, the Blu-ray will get its DVD counterpart, and each will include a digital code (copy) of the film. Finally, you can find the 4K UHD Blu-ray and Blu-ray Disc releases listed for preorder over at Amazon. Stay tuned for when this title gets an official announcement. 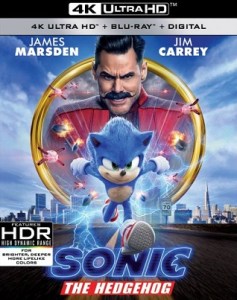 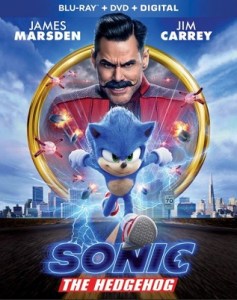