1991 Animated Beauty and the Beast on 4K March 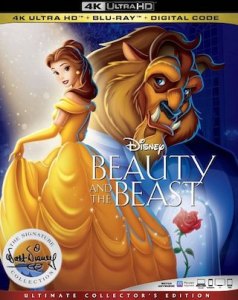 The 1991 Disney animated film “Beauty and the Beast“ is coming to 4K UHD Blu-ray on March 10th, via Disney, according to retailers. The film, winner of 2 Academy Awards (Oscars) was co-directed by Gary Trousdale & Kirk Wise, featured a voice cast of Paige O’Hara, Robby Benson, Jesse Corti, Rex Everhart, Jerry Orbach, Bradley Pierce, David Ogden Stiers, Richard White, Jo Anne Worley, and Angela Lansbury. Tech specs for the release have not yet been detailed but you can likely expect it to include HDR10 form of High Dynamic Range and Dolby Atmos sound. Also, there’s no info regarding the bonus materials set to be included on the release, but stay tuned for updates on that. The 4K will come in the form of a “combo pack” with the Blu-ray counterpart and a digital code (copy of the film). You can now find the 4K UHD Blu-ray listed for preorder over at Amazon as well as at retailers Best Buy, Target, and Walmart. It is certainly worth noting that Best Buy will be getting an exclusive 4K UHD Blu-ray SteelBook release (pictured below) which is available for preorder. 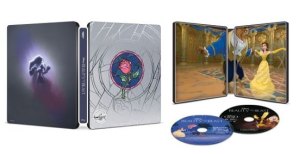