Memory: The Origins of Alien comes to Blu-ray 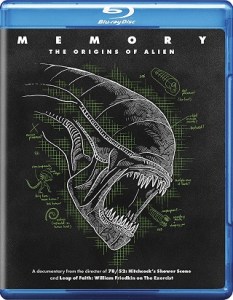