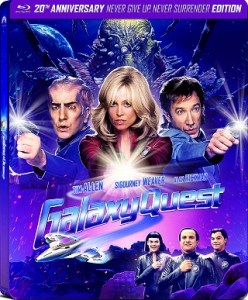 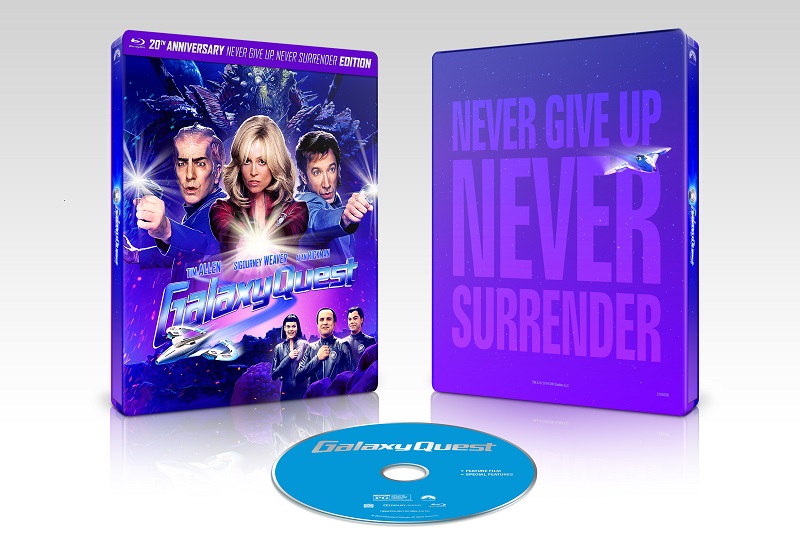 “Never give up!  Never surrender!”

All-Star Comedy Classic Arrives in a Blu-ray™ Steelbook For the First Time September 21, 2019

By Grabthar’s hammer, the intrepid crew of the NSEA Protector is back to celebrate the 20th anniversary of the uproarious classic GALAXY QUEST, arriving in our solar system September 21, 2019 in a Limited Collector’s Edition Blu-ray Steelbook exclusively at Best Buy from Paramount Home Entertainment.

Featuring an out-of-this-world all-star cast including Tim Allen, Sigourney Weaver, Alan Rickman, Tony Shalhoub, Sam Rockwell, Enrico Colantoni, Daryl Mitchell and Justin Long, this rollicking send-up of sci-fi fanaticism is as funny today as it was when it premiered in theaters 20 years ago.