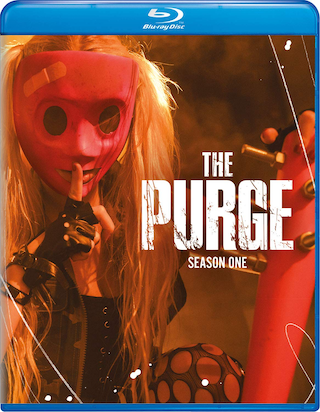 TV series “The Purge: Season One“ is coming to Blu-ray Disc on January 8th, 2019 via Universal, according to early alerts to retail. The TV show, based on the film and produced by Blumhouse, can be seen on the USA Network. The show, in its first season, stars Gabriel Chavarria, Hannah Emily Anderson, Jessica Garza, Lili Simmons, Amanda Warren, Colin Woodell, and Lee Tergesen.

UPDATE: The cover art has now been updated. Tech specs for the release include 1080p video in the 1.78:1 aspect ratio and DTS-HD 5.1 Master Audio sound. Bonus materials set to be included on the release are listed below.

This Blu-ray set is available for PRE-ORDER on Blu-ray over at Amazon and Best Buy.