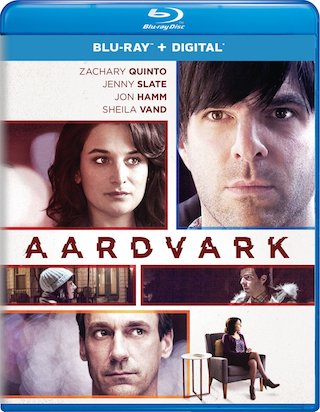 Universal Studios plans to bring the 2017 Brian Shoaf written & directed film “Aardvark” starring Zachary Quinto to Blu-ray Disc on August 7th. The film features supporting performances from Jenny Slate, Jon Hamm, and Sheila Vand. Tech specs for the release include full 1080p HD video in the 2.40:1 aspect ratio and DTS-HD 5.1 Master Audio sound. This is available for PRE-ORDER now over at Amazon. The release will come with a Digital Copy of the film. The only bonus material slated to be included on the release is a “Making of Aardvark” featurette.