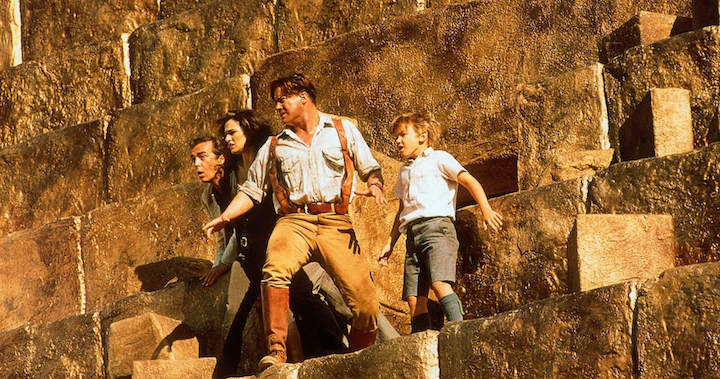 In the 2001 sequel, “The Mummy Returns,” Rick O’Connell (Brendan Fraser) and Evie (Rachel Weisz) are a happily married adventure seeking couple. Having just returned from another treasure hunting trip (this time looking for the bracelet of Anubis). We zip to another scene where we learn that Anuksunamun is trying to bring her old love Imhotep (Arnold Vosloo) back to life. The only big problem is that this particular year, 1933, happens to be the year of the Scorpion (a little back-story is that The Scorpion King sacrificed his soul to the god Anubis in exchange for victory over his enemies). If someone gets a hold of this bracelet and puts it on, The Scorpion King (Dwayne “The Rock“ Johnson) will rise in seven days (which is exactly what Imhotep and company want as they hope to steal The Scorpion King’s power). Well imagine what exactly happens and you have a pretty solid (if loop-holed) film.

Speaking of loop-holes, I found it interesting how this film never cared to explain what exactly the curator of the British Museum hopes to receive from Imhotep. Also, what are those random warriors doing? What is their purpose? Are they just servants of Imhotep? This is just a few of the inconsistencies I found between the first film and this sequel. Also how did Anuksunamun come back to life? While these inconsistencies take away a bit from the overall impact of the film, I still found the film entertaining enough.

I had feared that the generic adding of a child into the loop would kill this film. Luckily for everyone involved, the addition of Rick’s son (Alex) adds a bit of humor and charm to the film. Every sequence he’s involved usually ends up being smile cracking fun. I suppose what makes him so funny is that he loves adventure even more than his parents and is always seeking new fun (pretty intense for an 8 year-old). Alex wants nothing more than for Rick to include his son in his adventures (and vice-versa).

Carrying a heftier budget (probably due to the success of the first film), The Mummy Returns is a CGI-heavy film that constantly relies on these effects to help tell its story. Wow does that sound like a negative sentence or what? Even though it may sound negative, the CGI effects used in this film were convincing enough (especially Anubis’ warriors, which looked every bit as scary as you might think).

I was very surprised by this one when I saw it back in 2001 in theaters. I figured (as per the typical sequel), we’d get a dumbed down, stupid action fest with varying explosions. Instead of relying on these aforementioned typical sequel qualities, “The Mummy Returns” is a film that always seems to pleasure regardless of time span between viewings. 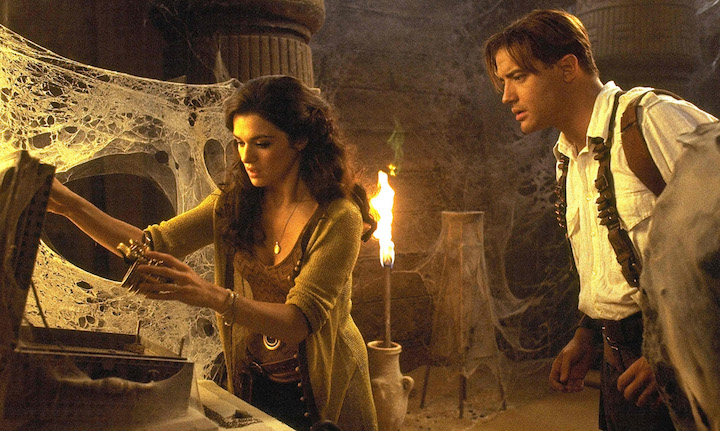 According to the technical specifications on IMDb, the first film “The Mummy Returns“, presented in the 2:35:1 aspect ratio, was shot on 35MM film using the Panavision Panaflex Millennium XL camera and Panavision C-Series Lenses. This is presented in full 2160p 4K resolution with HDR (HDR10) High Dynamic Range.

Color was vibrant, crisp and powerful throughout. I particularly liked how the brightness was improved. I feared that all the bright exterior desert sequences would result in a lot of EE (edge enhancement). Such isn’t the case here as every exterior sequence from the opening battle to the closing minutes looked great. Detail was exquisite here. Every little detail in the sequence with Imhotep’s rebirth around 40 minutes in was perfect. Heck, even my brother (who isn’t the biggest video guy) noticed a big improvement here (trust me too he’s seen this film a dozen or so times). Fleshtones were great as well.

Grain was kept in check with the grain levels only becoming noticeable in the film’s darker sequences (when Rick is battling The Scorpion King). The sequence were Rick and company are traveling in a hot air balloon was amazing. Maybe it’s just me, but I found myself quite amazed at the clarity here, as each cloud seemed almost like a clear window. Great stuff. Besides the slight excessive film grain, “The Mummy Returns“ looks great throughout. 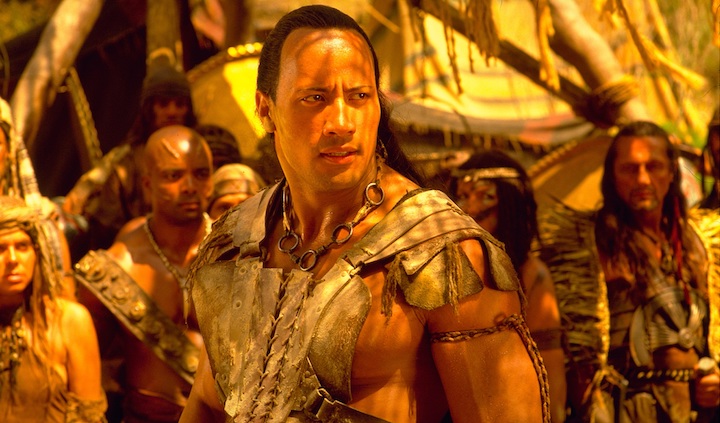 Dialogue was clear and intelligible throughout the film, which was a pleasant surprise as I figured with all the gun shots and roaring some of the dialogue would become muddled. Surround usage was, in a word, amazing. Watch the opening sequence here with The Scorpion King and his army rushing in. Wow was my only reaction here as swords clanged, bodies flew and soldiers screamed! Dynamic Range was also impressive as even the littlest sound effect (like the blowing of the sand) created a zipping effect throughout my living room.

I suppose I love the audio so much because I’ve always loved the film’s score by composer Alan Silvestri. As Rick and Evie blow away monster after monster, Alan really pumped up the audio giving us that heroic type of music that gets up and ready to fight. 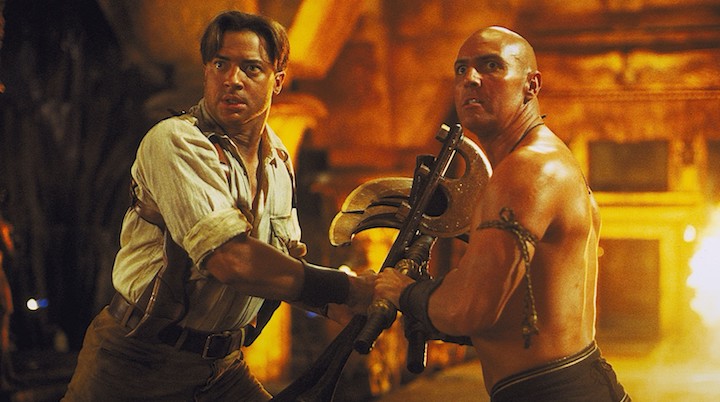 Overall, no new supplements are found on this release, with Universal just porting over the features found on the previous Blu-ray release.

With most sequels, there’s typically a drop off in quality of the film, as the film studio will just go for an easy ‘cash grab’ instead of producing something of quality. Luckily for us, and for fans of the 1999 film “The Mummy”, its sequel, “The Mummy Returns” is well worth the price of admission. Excellent action, funny moments as well as an adventure filled score make this one solid.

On its 4K UHD debut, Universal has done this release proud with an impressive V/A presentation. While it was disappointing to see no new supplements, the release comes well recommended, whether you decide to purchase the film solo or as part of the trilogy.